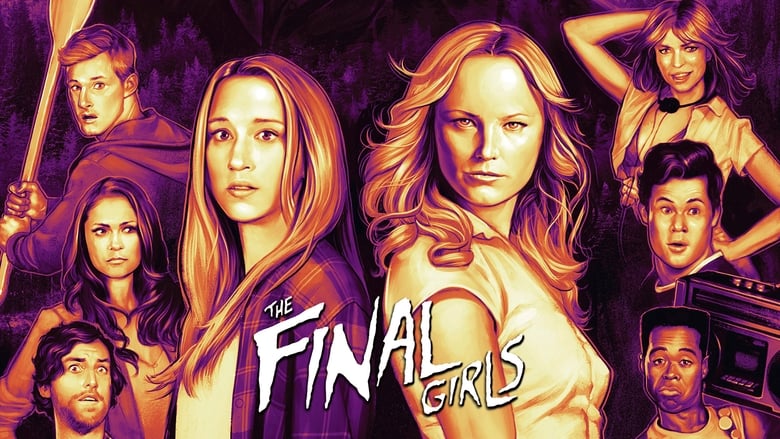 A clever deconstruction of 1980s slasher flicks, Strauss-Schulson's The Final Girls features Malin Akerman (Watchman) and Taissa Farmiga (American Horror Story) in a comic romp through the now iconic summer camp setting the Friday the 13th films that, for the most part, is a lot of nostalgic fun. This film won't be everyone's cup of tea, but for viewers familiar with the 80s cycle of slasher flicks, I recommend The Final Girls without hesitation.

Farmiga's Max is a recently orphaned teen, daughter of B-Movie actress Amanda Cartwright (Akerman). Cartright had never made much of her name in Hollywood, save an iconic role in Camp Bloodbath, a clear riff on the Jason Vorhees mythology in Friday the 13th, before dying in car accident while driving home from another failed audition. Flash forward to a year later, and Max and her friends end up heading to a screening of Camp Bloodbath. Tagging along for the film is self-proclaimed Camp Bloodbath fanatic Duncan (Tom Middleditch), Hunky Chris (Alexsander Ludwig), Mean Girl Vicki (Nina Dubrov) and Max's best friend, Gertie (Alia Shawcat). The screening of the film is packed with fans, some of which are partying a little too hard, which has the effect of setting the theater ablaze. With the exits blocked by the flames, the group is forced to use a fan's discarded machete to hack through the screen, after which the crew clambers through, ending up in the world of the Camp Bloodbath films.

What follows is cleverly done, with plenty of self-aware nods to the genre, and some fun black comedy. There is a fun contrast between the kids from 2015 and the stereotypical cast from the 80s, and the filmmakers have some fun with it. The time-traveling kids quickly figure out ways to outsmart the silly script and lumbering villain of the film, but the cast of poorly-written dipshits from the film manage to muck up the plans pretty consistently to great comedic effect. There was also a surprisingly effective emotional component between Max and her Mom's character in the film, which adds a little more dimension to the plot and character development - this has the effect of elevating this film above stuff like the Scary Movie series, which relies solely on the satire and parody for which it's known. I found that I actually cared about some of the characters by the end of the film, which is unusual for the genre. I must also comment on some creative camera work as well as a cool flashback mechanic used in the film. Pretty creative stuff!

If I have a nitpick, it's that the film is surprisingly blood-free for a slasher parody. A film like this can either go way over-the-top with the gore (Cabin in the Woods), or basically blood free, as this did. I think with the films this was meant to parody, the over-the-top choice would have been better here. That's a minor quibble though, and doesn't detract too much from the film overall.