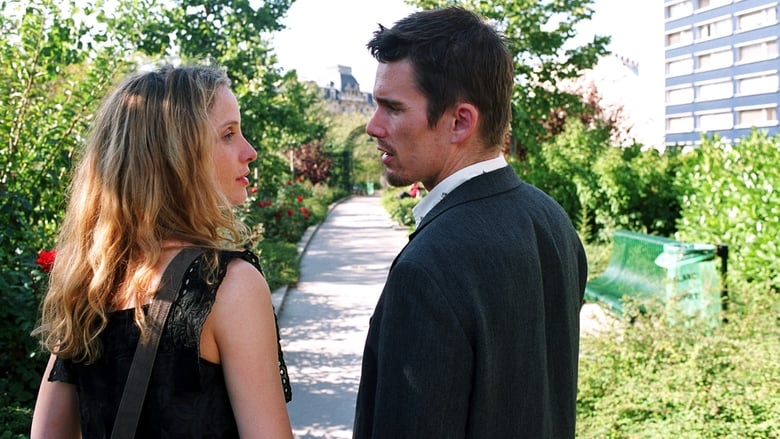 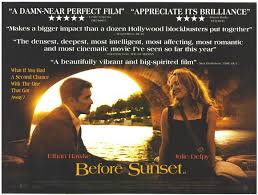 I am amazed that people have the same response to this film as they do to Before Sunrise. My experience was the polar opposite of the one I had with the first film in this series. The dialogue in Before Sunrise was fresh, romantic, and funny. The characters were endearing, I cared what happened to them and I wanted them to be together. In Before Sunset the characters have become jaded. They have white people problems. Life just is not turning out how they had hoped. They have good jobs, and people who love them but it is not enough. They want the romance back in their life, for things to be new again. Where in the first film it felt like they respected each others opinion, they were free to disagree without judgement. Here it feels as though they are preaching at each other. I'm right because my experiences dictate that I'm right. Your opinions are less valuable then mine because you don't have the same worldly experiences as me. These are certainly not unusually drawn characters for 30 somethings with similar cultural backgrounds, and are probably accurate more times than not. However spending an hour and a half with no one but these two people was not the pleasure it was the first time around, and at times was insufferable.

My respect for Hawke's character lessens even further in the third act when he begins to talk about his marriage. This is not a spoiler as we are to notice his ring right away and frequently throughout the first half. It is obvious he values little of the institution he has entered into, and instead has taken the typical modern approach to his vows. Perhaps and likely all of my issues with the film are Linklater's point. Perhaps these are typical views for people their age. my problem is I spent the first film with unique people. Characters who were looking at the world differently, with compassion and understanding. I couldn't wait to spend time with those people again. Those people are gone.
» More about Before Sunset
» More reviews of Before Sunset
» More reviews by seanc