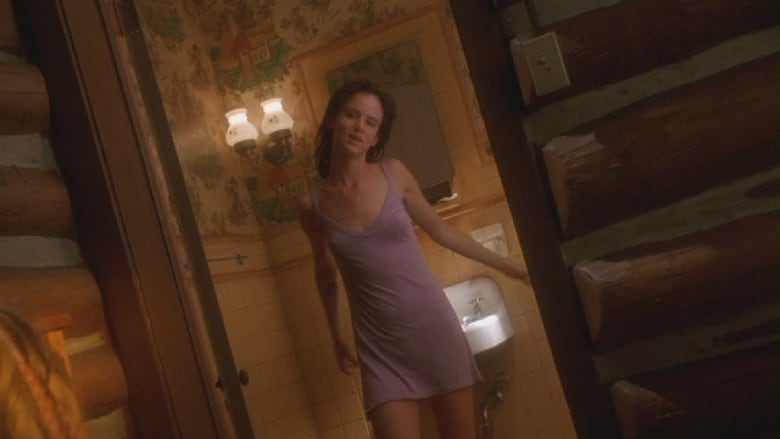 The Media Made Them Superstars.

A: If you have a really great and tightly written script, it should be hard for the director to screw it up.

B: If the script is wooden, full of plot holes and overall poorly written, you have no material to work with.

Natural Born Killers is somewhat of a conundrum to me, personally. I love the script and the idea that Stone wanted to accomplish. So the two should go hand in hand, but the final product is some kind of acid trip that a student filmmaker with a budget would produce. It's got no sense of direction, it weaves in and out of every possible direction and film stock.

Natural Born Killers is in your face and brutal with it's message. Mission accomplished Mr. Stone. Let me ask you this though, even though you've accomplished your goal, does it make it a good/successful film. Successful in your eyes, yes, because you've invoked some kind of emotion out of the viewer. Good? That's highly debatable. Natural Born Killers has the underlining of a good film, the overcoat is what is disturbing.

This film gives me headaches. This is surprisingly, the third time I've seen it. One was for school though, which ignited a hot debate. The class was virtually split down the middle of like/hate it. There was no one in the middle. I think NBK is a perfect example of one of those types of movies whether you love it or hate it. I wouldn't go as far as saying I hate it, but I'm definitely not fond of it.

Woods is great and Lewis has her trailer trash look down pat. Her performance is annoying, yet perfect for the character. The film itself starts off really well, sets a tone that I expected to be followed throughout. Stone enters into some dark comedy bits, cartoon animation, documentary/reality television/horror/everything. The film literally gave me a headache the first time I watched it because it is so disjointed. Yet here I am watching it again for a third time. Is Stone secretly a genius? Or am I a glutton for punishment?

The film is something to watch though, at least once. For anyone interested in film, listen to Stone's commentary on this film. Everything he did he had a reason behind it. There is a reason there is close to 18 different film formats present here. Take it as a quick film lesson, for what not to, or to do. Which ever way you look at it. His ideas are good, his presentation is there, but it's all a mess. He tries way too much for a film that doesn't really call for it.