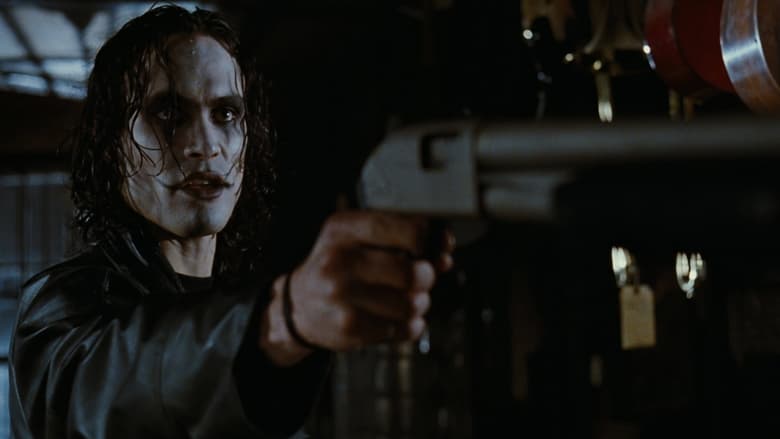 The Crow is a film that I knew I would like before I even watched it. Directed by Alex Proyas, who also directed my favourite sci/fi flick of all time, Dark City, works his Gothic magic here and shows us that not all fantasy/comic book films have to be immature.

Whenever I talk to people about The Crow, they either love it (because it's apparently the new emo thing to do, just like Darko) or hate it because it was too dark. Both of these reasons are unfair to an intelligent and well directed film.

Although the idea of revenge in films has been done to death numerous times before, The Crow takes a unique approach to the subject. This is mainly due to the main character himself, who is a favourite of mine. Well acted by Brandon Lee, who tragically died on the set of the film. Much like the death of health Ledger, one can only imagine what his career would have been like if he were still alive today.

Alex Proyas is someone to look out for in his future projects, his weakest film, I, Robot is still pretty decent. I think he is underrated as is this film. It's a shame that they made so many crappy sequels that the original sometimes gets thrown into that bad mix. I mean come on, Furlong as The Crow? I can't take that seriously. As it is today, this film stands out from those and many other comic book flicks. It's definitely in my top 5 comic book adaptations and in a sense it breaks that genre, well before Dark Knight did. But not many people see that.

If you haven't seen this one, pick it up now. It's Gothic atmosphere, great direction and acting will draw you in. The story of love, revenge and redemption is one for the ages.