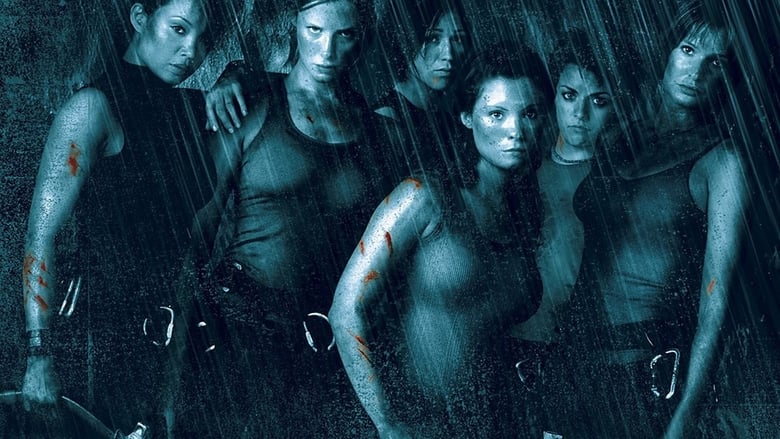 by CiCi
posted on 2/08/16
in
It's since become one of the most iconic horrors to have been produced on British shores within the new millennium. Many imitators have since emulated the general premise, but the chilling piece by Neil Marshall (of Dog Soldiers fame), still stands strongly on it own. 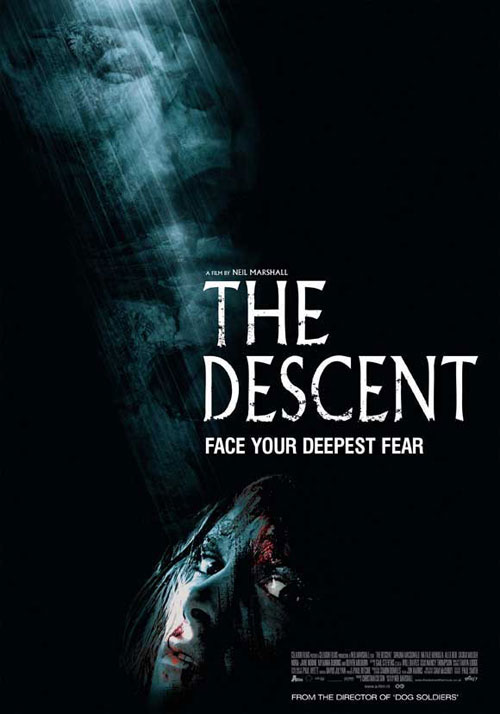 The plot follows 6 women who decide to go on a caving expedition 1 year after Sarah (Shauna Macdonald) lost both her husband and only child in a car crash. However, Juno (Natalie Mendoza) did not notify anyone about the women's whereabouts, a mistake that proves to be disastrous when the underground network is filled with inbred, deformed, and cannibalistic dwellers who hunt the collection of women.

Positives
Mise-en-scene is used to such magnificent effect, it makes you concentrate intensely from beginning to end, and provides substantial shocks if minor details are spotted, for example, several crawlers can be seen and heard before the dramatic confrontation half way into the film, and my blood ran cold when I first noticed one that vanished when light was flashed upon it again. It also makes sure that very little is captured on screen besides the character, and when all you can see and hear is people scraping against rocks in heavily narrowed and constricted areas, you quickly feel as trapped and anxious as they do.

The plot is deceptively simple, the premise of having 6 women trapped in a cave being attacked by incestuous creatures hardly screams innovation, and in fact, I kind of look of this is a bit like a British re-telling of The Hills Have Eyes. Anyway, this allows Marshall to focus on other elements of the film, instead of focusing on gratuitous plot development beforehand whilst little to nothing happens. This man knows the genre, and he's realistic in perceiving the expectations and wants of general audiences of such films. Yet he doesn't dumb it down either, which seems like a near impossible task.

The overall ambiguity as to the whole plot and events that unfold massively work in the film's favour, in a similar way that it does for The Thing. Some people have suggested that the crawlers don't exist at all, and Sarah is the one responsible for attacking all of the women, others have suggested that the cave network is symbolic of a womb, and the crawlers are manifestations of Sarah's fear of her own after the death of her only child, which also explains the exclusively female cast. Then the metaphorical meanings, such as Sarah's baptism/rebirth in the pool of blood scene all just make the film all the more fascinating, simultaneously emphasising the degree of skill and effort that Neil Marshall has placed into constructing every detail of his piece.
I also adore how Marshall develops his characters through their actions, and not particularly through their words. After everything kicks off, the traits of the women become almost immediately apparent. Some desperately attempt to flee by themselves, some try to defend their comrades, and some form small factions and set off. A lot of them then prioritise their own safety first, illustrated by their gradual decrease in looking for their allies, and by their own selfish actions. A massive plot point is revealed entirely through the exchange of a single item, again indicating the significance of paying attention to everything going on. It does make you think a lot

Nevertheless, the characters interactions are authentic, they don't unite in the face of adversity, and they instead immediately turn on each other and play the blame game, it just felt real, because people don't think and behave rationally in such bizarre and desperate circumstances, and this reflected that beautifully.
Yet despite all of this, the characters remain sympathetic due to the overall viciousness of their attackers, all of the aforementioned elements just make every encounter extremely tense. I've never felt so much dread from watching a film in ages, again, beautifully done!

Then I have to give massive praise to the make-up team, the first time a body shot was placed onto one of the creatures, I had heart palpitations. Grotesque doesn't begin to cover it! But them, combined alongside the lighting, camera work, and minimal soundtrack just makes their acts of brutality all the more horrifying, because Marshall employs an emotionally distanced approach to it all!

Negatives
Major Spoilers!
I mentioned a whole revelation regarding an item above, it's a locket or pendant, something along those lines. Anyway, it belonged to Sarah's husband, who gives it to Juno, who loses it when Alex (another explorer) snatches it, who gives it back to Sarah, who subsequently maims Juno because of this...
What this means is that Juno had an affair with Sarah's hubbie, and then it's apparently implied then that the reason he crashed his car, killing his daughter and himself, is because he was thinking of Juno. It's a big stretch, and it took me so long to piece it together that I had to consult wikipedia and imdb by the end

. It could have used more elaboration, because I feel it will have been lost on a lot of people.

The CGI effects at the beginning were dreadful too, the film never presented itself as looking like a low budget feature, but the bats at the start made me question that.

Conclusion
Simply put, it's the best British horror since Danny Boyle's 28 Days Later. I don't think Britain have equalled it since either (on the top of my head anyway).