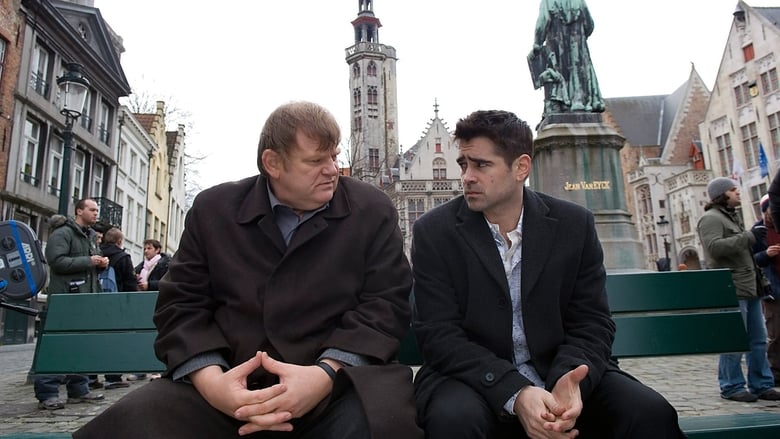 Guilt-stricken after a job gone wrong, hitman Ray and his partner await orders from their ruthless boss in Bruges, Belgium, the last place in the world Ray wants to be.

In the medieval city of Bruges, Ray and Ken are awaiting orders from their boss after a hit they were assigned to went wrong. Staying at a local bed & breakfast, the two hitmen almost immediately find themselves bored out of their skull. Ken isn't as frustrated as Ray, as he takes a liking to the various museums and monuments. Ray, on the other hand, is desperate to go home. In fact, Bruges is the last place in the world he wants to be.

Colin Farrell does a really good job with Ray. Maybe due to his natural accent and constant wanting to head to the pub or relaxed drug sessions, the character feels awfully like the real person. Brendan Gleeson, on the other hand, is a much more relaxed and steady character. Ken is a decent friend and mentor to the younger and less experienced Ray, and Gleeson portrays this admirably. My favourite character, however, is the extremely vulgar Harry (Ralph Fiennes). As the boss, Harry grows increasingly frustrated with everyone around him. His explicit humour and great one-liners provided a heck of a laugh.

The first portion of the movie quietly and steadily pulls you in to the mysterious city of Bruges. The movie makes sure to highlight all of the city's attractions in a way that doesn't seem like a blatant advertisement. I felt intrigued about a city that I would have never have even imagined feeling intrigued about. The movie gets more action oriented when Harry is forced to visit the guys in Bruges due to something happening earlier in the movie. Suffice to say, he isn't thrilled about it, and neither is his wife. From here we get an intense but comedic final third.

This movie shares a few obvious similarities with a Tarantino flick. The attempt to write a realistic dialog caught my ear right off the bat. You also have the dark humour and funny violent scenes that can be found in many of Tarantino's movies. This isn't really a problem for me since I'm such a big Tarantino fan. It's one thing if someone used some of his trademark styles and butchered them, but director Martin McDonagh did a very good job making this movie his own.

We finally get to the end of the movie, where everything climaxes into a series of foreshadowed events. Previous actions by characters ended up being their downfall, while others made life risking decisions to redeem their earlier mistakes. I couldn't help but smile at the end of the film as karma rears it's ugly head and someone is forced to live up and follow through with their own moral decisions.

In Bruges was under-promoted at the time of its release, and remains underrated to this day. Most of the people who have seen this come away pleasantly surprised by the superb script and strong acting. Definite re-watchability takes this movie one step further. I feel that this is something that repeat viewings will only enhance the experience and allow you to pick up and notice things you wouldn't have before. This movie was an unexpected fun ride.