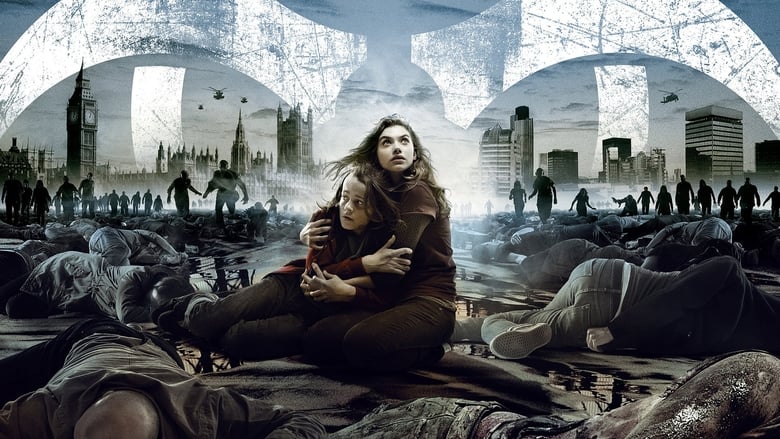 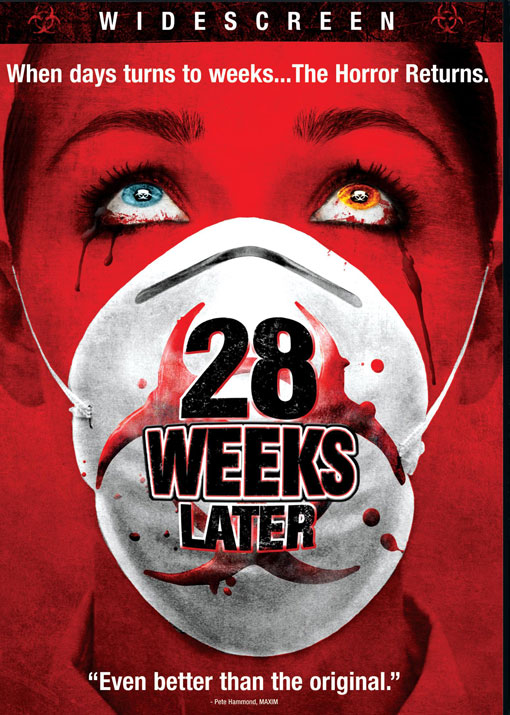 Film4 loves to show a small collection of films over and over again, and this just happens to be one of them along with its predecessor, 28 Days Later… so after seeing the amazing first addition to the series, of course I was going to check the sequel out!

After the first “apocalypse” comes to a close with the infected inevitably starving to death, the American forces enter Britain in the hopes of stabilising it and re-starting civilisation there, beginning with London. However, after a carrier of the rage virus spreads the infection to her husband, Don (Robert Carlyle) the rage virus spreads rapidly, and with the American forces being unable to contain it, the citizens of Britain must fight for their survival once more.

The film’s opening sequence is by far the strongest point of this film. It features events running concurrently with the first film, and it manages to successfully replicate the terror, hyperactivity, and that overwhelming sense of dread that ran throughout the first film. We manage to pity the characters here, despite knowing a minimal amount of information about them all, so much happens in such a short amount of time, and with the familiar soundtrack running in time with the film, the sequence is nothing short of fantastic. However, the film was also going to struggle to maintain this level of film-making throughout the entire duration of the film, and, sadly, the film goes down a slippery slope from here.

Nevertheless, the next act of the film manages to echo some of the creepy and haunting elements that the first film established. Seeing London derelict and lifeless once more was as bizarre as ever, and since we didn’t see the beginning of the “apocalypse” in the first film, seeing it spread so rapidly here was an intense experience and seeing the catastrophic effects of the rage virus was an original and exhilarating experience that was hugely enjoyable and scary at the same time.

Also, you probably noticed that I no longer use the term ‘zombies’ and that’s because of Robert Carlyle’s spectacular performance. It is through him that we are truly able to see how these “monsters” still manage to retain some of their humanity, and it is also through him that we manage to witness their frustration with what they have become. His performance as one of the infected created some of the most beautiful and devastating moments that the film offered.

The opening scene, although it was great, almost set itself up for failure, for it was going to be extremely difficult to maintain such a high level for the entirety of the film, and after the virus spreads once more, the film becomes extremely boring and dull. I largely feel this is because of the cast though. I’ve never been a fan of Jeremy Renner, I feel as though he lacks any sort of charisma, and this film is no exception, he had a very limited range and his supposed romance with Scarlett (Rose Byrne) was even less plausible than the romance between Selena and Jim in the first film. Rose Byrne was pretty mediocre too, and I’d use that word to describe pretty much the entire cast (with the exception of Robert Carlyle though) although Imogen Poots is marginally better than the rest, although her on screen brother, Mackingtosh Muggleton, was pretty awful, and I’m not surprised that this is only acting credit.

The writing is nowhere near on par with the first film either, none of the characters were particularly interesting, so I wasn’t so bothered about their struggles in their environment. Unlike the first film, a lot of these characters did not feel real, Jeremy Renner’s character was basically a personification of action man with 0 flaws whatsoever. The stereotypical indifferent and eternally moody teenagers are used, Scarlett did, however, have potential, but Rose Byrne’s acting meant that this was never fulfilled. Additionally, although a military is once again established as being villainous, their motivations for being so antagonistic wasn’t particularly frightening, and considering they’re only on-screen for a matter of minutes, it was an opportunity wasted really.

Adding to this (kind of) the film just didn’t feel original once it got past the halfway mark. The first film had many original aspects like its setting, the sinister intentions designed for the women that meant that the most terrifying aspect of that film was without a doubt the humans and not the infected. However, this film just uses tropes that have already been implemented into other films, for example, the helicopter scene had already been done in a Romero film. However, I will praise the ending, for that was pretty effective and haunting.

The first half is great, but the second half is pretty awful. The acting throughout though is pretty standard and mediocre, with the exception of Robert Carlyle. The direction is nothing special either but the soundtrack is put to pretty great effect once again. It’s quite difficult to rate this overall, and I’m having quite a hard time! So I’ll go half way and give it: