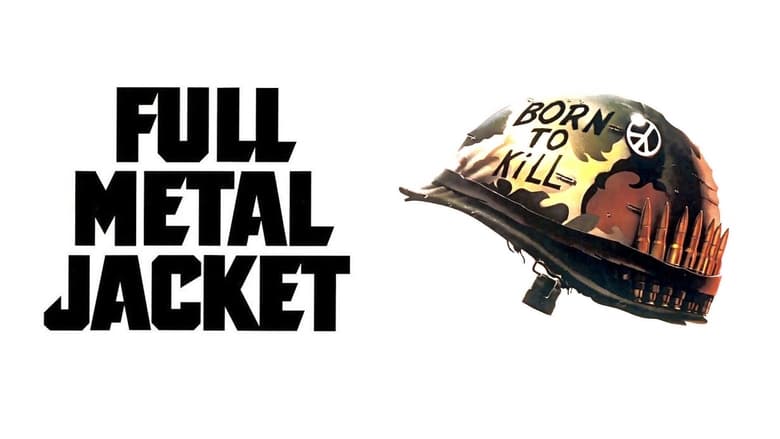 Full Metal Jacket is the first Kubrick film that appears on my list. Most of you will probably already know that I consider Stanley one of the most gifted directors and cinematic storytellers that ever lived on this planet, so it will come as no surprise that this is only the first of many of his films that will appear further in my list.

Exactly 30 years prior to this film, Kubrick made the very effective "anti-war" film, Paths of Glory. In that film he focused on the inhumanity of war ethics and a colonel's moral fight against a decision made by his higher officers to execute soldiers who dared to value their own lives above the good of their nation, when they refused to go further with a hopeless attack. A great and highly emotional WWI classic!

In Full Metal Jacket, Kubrick attempts to observe something more abstract and obscure. He makes the viewer experience the general 'psychology' of the young soldiers that get recruited and prepared for the Vietnam War in a boot camp training. He tries to apprehend the dehumanizing effects of war from the inside, the core, the actual soldiers and their training. Kubrick chooses one of the soldiers, Private "Joker", as the narrator and he does this in a very cynical, but effective way.

This film is famously divided in three acts. First we see the boot camp, after that we see the lives of the soldiers in Vietnam and then we see the actual 'war' at its most haunting and cruel. Many people claim that the first part is far superior to the other two parts, but although I agree that the first act is absolutely magnificent, I'm one of those people that also really appreciates and loves the scenes in Vietnam. It is in those scenes that we see the actual consummation and psychological consequences of the first act and they are also just very thrilling scenes on their own.

This film is directed by Stanley Kubrick, so it's needless to say that the film also is absolutely gorgeous to look at.