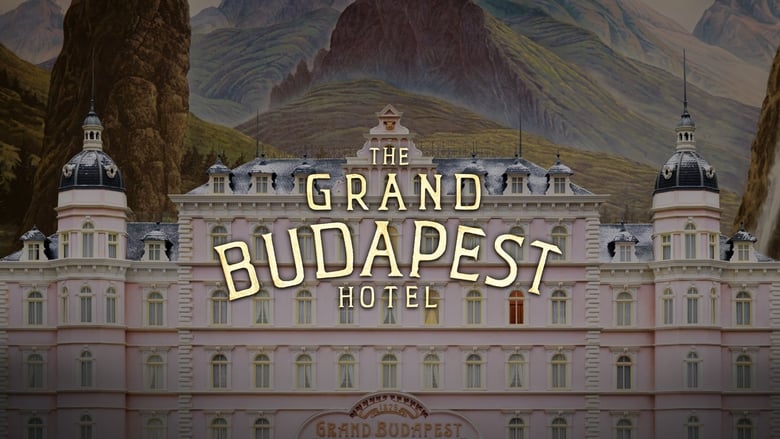 I've seen all of Wes Anderson's other films and while he's not amongst my ABSOLUTE favorite directors, I still very much appreciate his unique cinematic voice. Therefore, I was very excited to see his most recent picture at the theater today. They didn't play it in the big cinema, so I went to a more vintage theater, situated in the outskirts of the city I live nearby. I'm very glad I watched it there, as it fits this film's atmosphere perfectly!

The film's story is told in many layers. We start seeing a girl read a book called "The Grand Budapest Hotel" on a cemetery, then we see the writer of that book tell us about how it is based on a story that he picked up somewhere and then we see the writer in his younger years (played by Jude Law) visiting a 'decayed' hotel. There he meets the owner of the hotel, Zero, who wants to tell him about the early, glorious days of the hotel, when he was still a simple lobby boy. Then we finally get to our main story, which stars Ralph Fiennes in one of his most eccentric roles to date, as the charming, but unorthodox concierge of the hotel, Monsieur Gustave. It's soon clear that Zero is very fond of him and considers him his mentor.
M. Gustave has a few questionable hobbies (he sleeps with most of his older female clients) and while he has a very clean exterior facade, it's still clear that he's a human being with many flaws.

When one of his mistresses dies, he visits her, but he soon gets accused of murder by her greedy family when it seems that his exremely rich older mistress left him one of her dearest possessions, a very famous and expensive painting. In a wild ride, full of absurd comedy and brilliantly composed scenes, we see how the adventurous plot resolves... Next to the superficial plot, there is also the overarching, melancholic theme of 'decay' that can be found throughout the whole story. This film's sophisticated, nostalgic style makes that theme come through in a very effective way. I won't give away too much, but I think the very ending is one of the film's stronger parts. It gives the grotesque, wild and hilarious adventure we just witnessed some kind of gravitas and poignancy that I very much appreciated.

Overall, I think this is one of Anderson's better efforts. Expect some good laughs, an entertaining and engaging story, a few minor 'shocking' moments and a whole bunch of awesome performances from a killer cast!
Needless to say, this film is also REMARKABLY well made. More than any Wes Anderson film (except perhaps Moonrise Kingdom), every frame is constructed with such skill and such artistic passion, that it's simply a delight for the eyes. I couldn't turn my eyes away from it for a second.

Be sure to watch this new, ambitious Wes Anderson picture. This is without a doubt the work of a director in his prime! I'm looking forward to his next picture already...