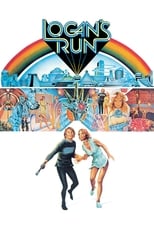 Release: Jun. 23rd, 1976
Runtime: 2 hours
In the 23rd century, inhabitants of a domed city freely experience all of life's pleasures- but no one is allowed to live past 30. Citizens can try for a chance at being 'renewed' in a civic ceremony on their 30th birthday. Escape is the only other option.

Iroquois The second half of the film does involve York and Agutter escaping from the city and into the outside world of post-apocalyptic Washington D.C., meeting up with an old man (Peter Ustinov) before eventually deciding to return to the city and bring down the government, but the whole "discovering the o....
READ REVIEW
View All (4)