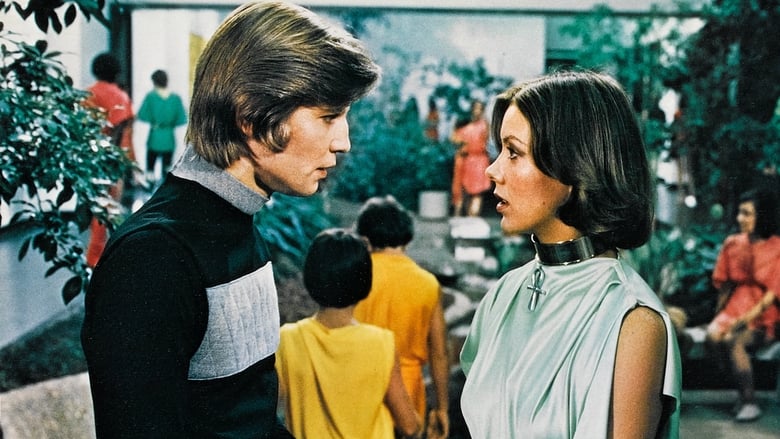 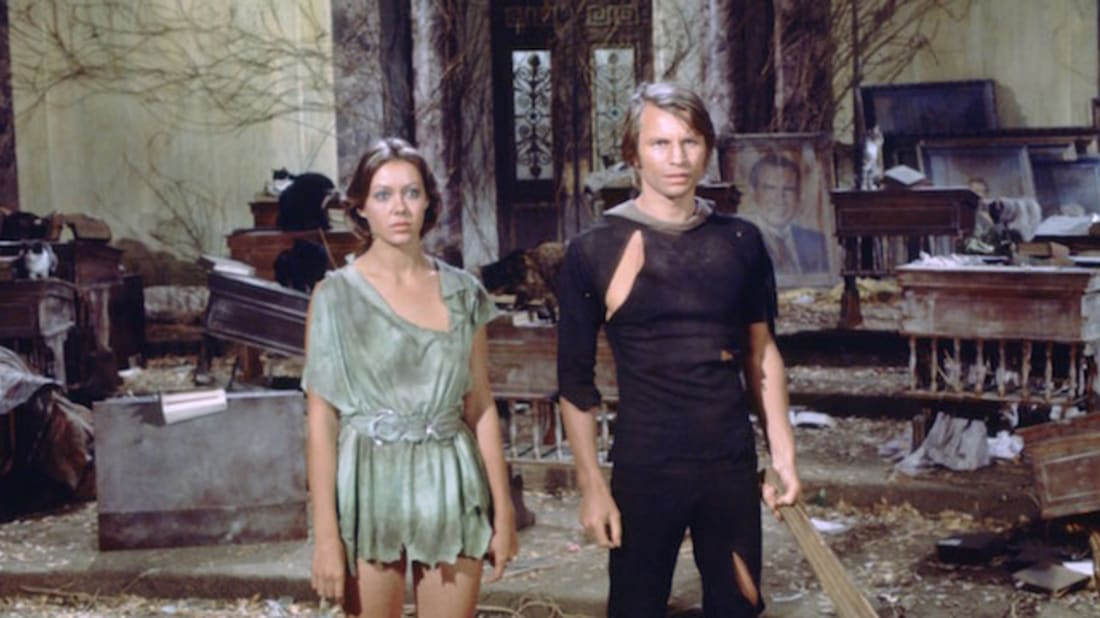 In a futuristic society, citizens are eliminated at the age of 30 under the guise of a ritual called "renewal". Logan (Michael York) is a "Sandman"--part of a police force tasked with finding and terminating any "runners"--people who attempt to escape the city. After a chance encounter with a woman named Jessica (Jenny Agutter) who questions the rules of society, Logan is assigned to go undercover to find something called Sanctuary where it is rumored that runners are escaping. Logan's partner, Francis (Richard Jordan) doesn't know about the undercover operation and ends up hunting Logan.

Overall I liked this a fair bit more than I expected. I remember trying to read the book as a teenager and quitting after like 20 pages.

On the positive side, the film does a pretty nice job with some well-worn sci-fi tropes. Some of the aspects of the futuristic world are very well-realized. The sequences of the "renewal" ceremony, called the Carousel, are an amazing feat of special effects and elaborate wire-work.

In general I thought that the performances were pretty strong, especially Jordan as Logan's conflicted partner. York makes for a decent lead--a man whose rock-hard convictions begin to erode as he learns more and finds himself in the crosshairs. Agutter makes for a decent lead, although her character comes across as a bit passive at times.

There is something kind of interesting in the way that the film has elements that are bold, and yet a lot of the execution feels very dated. In the "Oh, interesting!" category, probably the most notable element is the portrayal of sexuality. When Logan summons a sexual partner from something called The Circuit, his first choice is a young man. And while he politely passes, it is nice that it doesn't feel like he does so out of homophobia or disgust. And when Jessica shows up and changes her mind about sex, he casually asks if she prefers women. Later we get a scene of that old futuristic stand-by, the orgy room. But I loved the way that the scene was shot in slow motion and without sound. It makes the scene both sexual and threatening.

But there are so many ways that the film falls into bad sci-fi tropes, and especially along gender lines. As we have come to expect from so many sci-fi movies, all of the men wear fully-covering bodysuits, while the women all wear outfits that are short, sheer, and easily removed. My favorite moment of absurd nudity inequity comes when Logan and Jessica are soaked and freezing. Logan says they need to get their clothing off before they freeze. Jessica strips down totally and we see her fully nude. Logan . . . takes off his shirt. Because, as we all know, men have no interest in keeping their genitals from freezing. Similarly, we later see frozen dead bodies encased in ice. We get a nice long look at several fully nude women, while the male bodies have conveniently placed blurred ice. Is it surprising? No. Does it remind you that a lot of fantasy and sci-fi writers can only imagine a future that is designed to double as a weird masturbatory fantasy? Yes.

There are also some elements of the world that are not fully realized, such as a strange "Cathedral" where feral children are kept. I was honestly confused by the whole concept. And this set-piece and those characters are used just for one sequence and then seemingly forgotten. Not having read the book I couldn't tell if backstory had been dropped in the interest of time, or what. I had other questions about the reality of the film (like the nature of the computer that seems to run things). They didn't bother me tremendously, but there was just a nagging sense that this world wasn't complete.

Above average, but not quite as bold as it could have been and hampered by some dated elements.