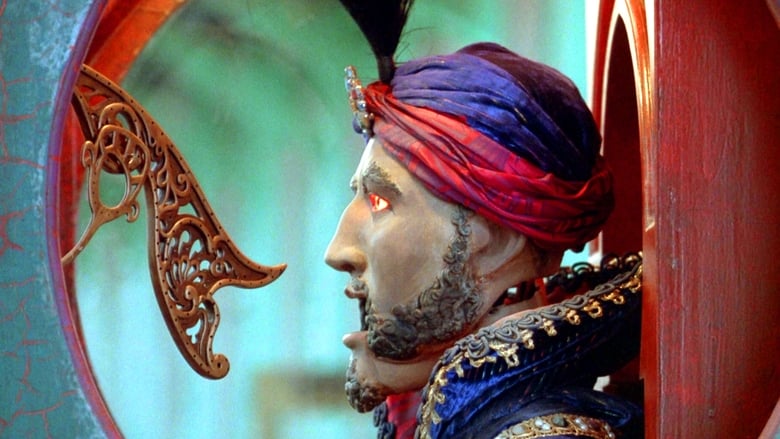 by JayDee
posted on 10/28/13
in
I think this is my shortest review in a long, long time! I hope you can all forgive me for being so lazy and letting you down.

Plot - 12 year old Josh Baskin (Moscow) is embarrassed at a carnival when in front of the girl he has a crush on he is refused entry on to a ride. Stumbling across an old fortune telling Zoltar machine, Josh makes a wish to be big. When he wakes up the next morning his wish has been fulfilled, but not quite as he imagined. When Josh looks in the mirror he now finds that he is a fully-grown 30 year old man (Hanks). Unable to explain this fantastical transformation to his mother he runs away from home, leaving his mum to believe that he has been kidnapped. With the help of his best friend Billy (Rushton) the now adult Josh heads to the city to try and locate the same Zoltar machine so he can undo his wish. Facing a six week wait before he can discover its whereabouts Josh gets a job at a toy company which fully utilises his childish sense of play and embarks upon a life in the adult world, including his first romantic encounter with a co-worker, Susan (Perkins).

I think that Big is one the most feel-good and joyous films I've ever had the privilege to see. An ode to the joys of being a kid, and of holding onto that side of yourself for as long as possible, I think it's just delightful stuff as a fantastical occurrence kicks off a funny, sweet and touching journey. The body-swap angle is a storyline that has been done many times before, and will most likely continue to be done but I think this is definitely the best one out there, no other rival capturing such warmth, humour and tenderness.

A large part of the film's success most certainly rests upon the shoulders of Tom Hank's wonderful performance. It may not be as revered or award-worthy a performance as he delivered in the likes of Saving Private Ryan, Forrest Gump or Philadelphia but I think this certainly deserves to be counted alongside them as one of his absolute best performances. You could even argue that he has never been better than he is here. He gives such a wonderfully natural and endearing performance as he perfectly captures what he meant to be a kid; the excitement, the joy, the naivety, the innocence, the uncertainty and occasionally the growing pains of being a 12 year old kid. It just reminds you how wonderful it was to be that age. And sometimes how awful.


Film Trivia - Tom Hanks' immense likeability makes him seem like an obvious choice for the role but it was turned down by numerous actors before the role eventually found its way to him; and some of them are extremely surprising. John Travolta was the first choice of Penny Marshall and wanted to do it, but the studio considered him box office poison at the time. Harrison Ford and Albert Brooks were both offered the role but turned it down; could perhaps see them. Here's where we get to actors that I'm personally struggling to picture in the role. When it looked like Tom Hanks was going to be unavailable due to his schedule, the role was then offered to Robert de Niro!

But they were unwilling to meet his salary demands. Oh and Gary Busey auditioned for the part!
And I think people tend to forget these days what a great comedic actor Hanks was and still is. For many people he may now be associated with serious Oscar winning fare like the films mentioned above, but throughout the 80s he was one of the go-to actors for comedies. And this is him at his absolute peak. Even in this light-hearted fantasy however he still has occasion to showcase a more serious and emotional side, such as the moment where he spends his first night away from home in a rundown hotel. With shouting in the halls outside his room, and gunshots on the streets below, he displays a wonderful sense of childlike fear. He also handles the relationship with Perkins' Susan very well, wavering between the giddiness a 12 year old would feel in such a situation but also the uncertainty and insecurity. In fact I just love his innocence and clueless nature throughout when it comes to living in an adult world. There's a great little moment where a co-worker, played by Jon Lovitz, points out a sexy female employee and tells him that if he says hello to her she will “wrap her legs around you until you beg for mercy." Josh's innocent reply? "Well, I'll be sure to stay away from her then."

It's got some great scenes throughout, none more so than the classic instance where Hanks and Robert Loggia bring a large toy store to a standstill with their renditions of “Chopsticks” and “Heart and Soul” by dancing on a large-scale piano. It's really quite a simple little scene, but I've rarely come across a scene that is more purely joyous. Like that scene the whole film is just so much fun. And while the romance between Hanks and Perkins is actually rather weird and disturbing if you stop to think about it, it actually turns out to be quite a sweet, tender and touching relationship. A relationship that allows Josh to grow up, but also allows Susan to regain a sense of fun and wonder that she had lost in her life. The moment where she gives in to Josh's encouragement and bounces wildly on a trampoline with gay abandon is another lovely scene. Perkins conveys the change in Susan in a believable manner, and makes us feel that it's perfectly understandable that she would fall for Josh. She really helps to ground the fantasy and make the whole thing feel convincing. There are also a couple of nice, lively performances to be found from child actors David Moscow and Jared Rushton, as young Josh and his best friend Billy respectively.

Given its premise the film is actually a more subtle and intelligent effort than you might expect. And that certainly proves to be the case when compared with similar body-swap films such as Vice Versa and Like Father, Like Son which frequently took a broader and more slapstick approach to the material. The excellent script, penned by Gary Ross and Anne Spielberg, never overplays anything. As well as not going so broad with the comedy the film avoids the pitfall of being overly sentimental with the material. Yes it's sweet, charming and even quite touching but they are able to maintain the balance perfectly. The film could easily have become a cheesefest but the script, and Penny Marshall's restrained, subtle direction ensure that it remains mature and intelligent work. She allows us to see the world through the eyes of a child but without it feeling trite or condescending.

Conclusion - Just a big warm-hearted hug of a movie. It's an utterly enchanting experience of laughs, sweetness, wit and sensitivity; one that makes you just want to break out your old childhood toys at its conclusion. While you could perhaps accuse the film of being quite flawed as concerns the whole kidnapping angle; for what it is, I think Big is just about a perfect movie. Oh and I actually just stumbled across a Zoltar machine very recently, and was so giddy with the biggest of grins on my face. Sadly I didn't have any change on me at the time but next time!
» More about Big
» More reviews of Big
» More reviews by JayDee