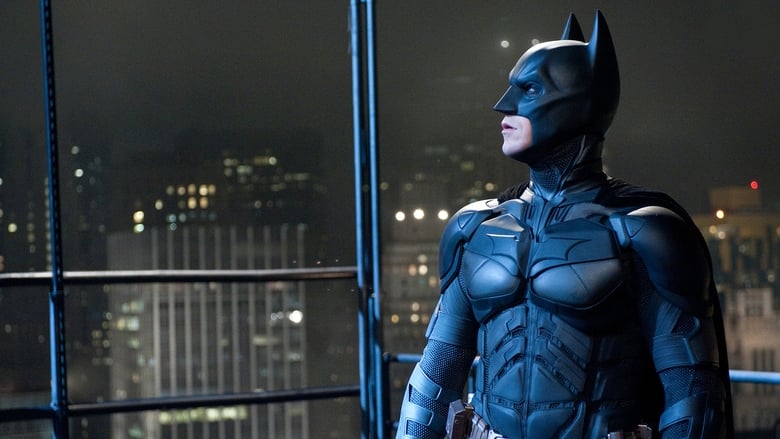 Without a doubt the biggest film disappointment for me, ever. While cranking up the already enormous visual scale of the previous films, Nolan steps up with the weakest story of the trilogy.

Then one of the oldest (and lousiest) action movie cliche's of all time makes an appearance, a nuclear bomb that will blow up all of Gotham. Bane holds the city to ransom and starts messing everything up. Once Batman comes back and punches Bane's head off, Talia (the worst character in Batman history) stabs him in the back and reveals she was actually carrying out her father, Raas Al Ghul's work. In the most convoluted ass backwards way possible. Raas Al Ghul wanted to destroy Gotham, plain and simple. Talia goes about this, by holding the city to ransom with a giant bomb for five months and never blowing it up. It also turns out that her father kicked her lover Bane out of the League of Shadows (probably for coming up with stupid plans) and she is only now carrying out his work because Batman killed him.

The only goal Talia really achieves in the movie is making Bane (the actual villain of the entire movie) look like a mindless pawn. Everything about her story is frustratingly stupid, which brings me to my next complaint. John Blake, a rookie cop who knows Batman's true identity. Keep in mind this never comes back later in the story, he just mentions it to Bruce Wayne, so that he can ruin the (awesome) scene where Bane knows who Batman is. Blake unexpectedly takes a lot of screen time up in this movie and accomplishes absolutely nothing, other than take up Batman's role in 40 seconds of footage at the end of the movie.

The only new character worth their salt is Catwoman. Hatheway is up and away the best part of the whole movie, not just because of her seductive, nuanced performance, but because her part in the story makes ACTUAL SENSE. A new love interest for Bruce Wayne, one to tempt him out of his remorse over Rachel and his inablity to give up Batman. Christian Bale is somewhere in this movie, he climbs out of a hole in like five minutes and shows up briefly in other scenes. Which is well more than we get of any of the characters established in the first two flicks.

Where The Dark Knight Rises completely abandons all logic though, is in it's finale where Christopher Nolan brings his entire filmography full circle. Using editing tricks from Memento, Batman is shown flying a bomb into the ocean and then blows up. Alfred cries, but then he feels like an idiot when he sees Bruce Wayne alive one minute later. On my first viewing I genuinely thought Alfred was imagining this, but it turns out they just threw in the shot of Batman in the "bat" - out of place, to throw the audience off. Needless to say, it was the most effective fake death ever on film. The air was sucked out of the room in my theater, a child roared from the back "oh my god!". Another man exclaimed, "This is an absolute outrage!". The father sitting next to me burst into tears and despondently gathered his family up to leave the screening. Everyone (except for one old cynical man) had walked out of the show by the time Morgan Freeman asked what he could have done to fix the damn auto-pilot. When it was revealed to Freeman that the auto-pilot had been previously fixed, me and the old man exchanged a look of intriguing shock and disbelief. Alfred sits down at the cafe and my heart is beating out of my chest, then

there's f***ing Bruce Wayne sitting there with Catwoman. I look to the old man and he gives me a life affirming nod. He'd known I had made it, that I'd experienced a cinematic marvel. I nod back.