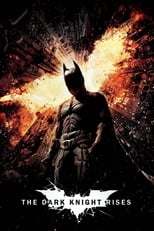 We didn't find any linked discussions for this film. Here are the results of a quick search of possibly related threads:
314 The Dark Knight Rises
The Dark Knight Rises Let the reviews come on in.... I'll post my review in a few days, want to gather my thoughts more....
1595 The Dark Knight Rises
ADMIN NOTE: this thread's title has been updated to reflect the announcement of the film's title. Any speculation about the title in this thread reflects the fact that it was originally "Untitled...
36 Rate The Dark Knight Rises
This is not a discussion thread like the other one. Just give the film a score out of 10. I'm leaning toward a 9 after one viewing. Will watch again at the weekend. Given that this is probably t...
10 Before Watching the Dark knight rises . . .
Should I watch the other batman movies first? some freinds just think I should go but i was wondering if there was much point without seeing the other first....
1 Dark Knight Rises (2012)
I'm not sure if there is already a post for this, but thought I'd post because they have released trailers! You can find it at IMDB. It looks like the next villain will be bane (played by Tom Hardy, ...

Watch_Tower All in all, The Dark Knight Rises doesn't have the heart of Begins or the grand ambition of The Dark Knight but it is nonetheless a big, fun summer blockbuster...if you manage to turn off your brain. Unusual of a Nolan film but very typical of modern Hollywood..
READ REVIEW

meatwadsprite Without a doubt the biggest film disappointment for me, ever. While cranking up the already enormous visual scale of the previous films, Nolan steps up with the weakest story of the trilogy. .
READ REVIEW
View All (13)