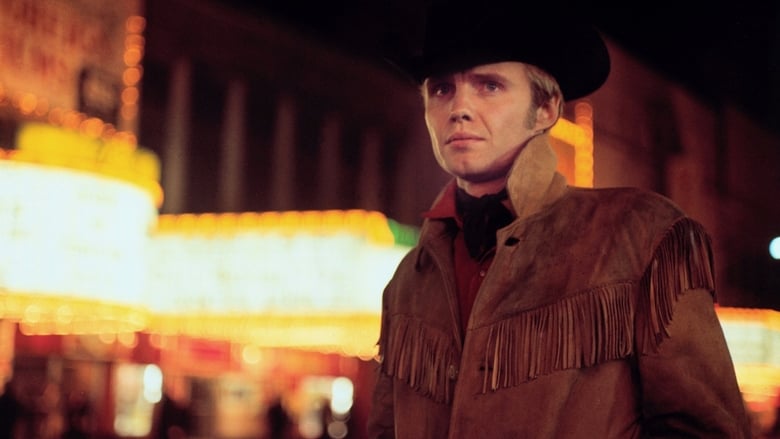 I put off seeing this film for a long time as I just thought it sounded so grim and depressing. And while it is at times, it also emerges as something very touching and at times very funny. How it was ever made though is a bit of a mystery to me, it's not exactly the easiest of sells. “Come see a film about a prospective gigolo who becomes friends with an ill tramp while they try to earn money just to survive, doing whatever they have to do.”

The film is a very interesting look at the underground scene of New York and those living in poverty, just struggling to get through. It makes the city look glitzy and exciting for an outsider before presenting the seedier underbelly of the city, the depressing and terrifying elements that can lurk about for those in situations such as those of the two characters.

The main point of the film is developing the friendship between these two characters who are at odds when they meet and just going by their words nothing much seems to change. Through their actions however we see a warmth and friendship developing, perhaps out of necessity as they battle very rough times and great loneliness. The film can at times feel a bit slow as they really dedicate a lot of time to building up the friendship/dependence they have for each other.

I'm also unsure of the psychedelic aspects of the story. I swayed between feeling that they helped reflect the time and effects of the drugs, and feeling that it just dated the film quite badly.

Where the film truly succeeds are in the performances of both Jon Voight and Dustin Hoffman who are incredible. Voight as the slightly dim-witted, naive country bumpkin, Joe Buck, who comes to New York with grand dreams but slowly has them crushed. And Hoffman as the hustler Rizzo who has been worn down by the city, dreaming of heading to Florida for a better life. Together they form (or at least attempt to) an unlikely pimp-gigolo partnership

I know that Hoffman gets a lot of praise for his performance, and rightly so, but I think I was actually more impressed with Voight. He's not an actor that's ever really made a great impression on me but I thought he was fantastic in this, his performance giving real heart to the film.

The film becomes very emotional as it reaches its conclusion. Rizzo's health deteriorates to the point where he can no longer walk. But despite this he believes that if he can still get to Florida it will be ok. Joe wants to believe this and decides to do whatever he can to get him there. He commits a violent attack on a prospective customer who backs out, and steals the required money for their bus ride. But Rizzo isn't going to make it. The final scene with Joe sitting on the bus, holding Rizzo is a very poignant, emotional moment.


Conclusion – A touching, moving film with two tremendous performances. Worthy of its Oscar win? Yes probably. Will it win a place in my heart? Not quite I don't think

) at my ratings, I am in no way saying that Thor is a 'better' film than Midnight Cowboy. These scores are just my personal views of the films and for me a large element of me liking a film is for it to be very enjoyable. While this was a brilliant film, it's tone and story made it harder for me to truly love it. I imagine I will be a lot more likely to watch Thor more often than Midnight Cowboy. But that's just me. And who knows my opinion may change after repeat viewings of both

Oh and it also lost half a mark for getting Harry Nilsson's “Everybody's Talking” stuck in my head for the last few days! I can't get rid of it!