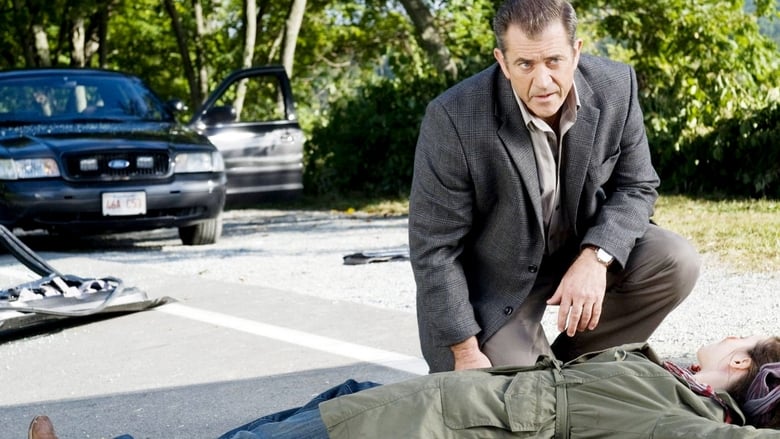 I was a little surprised when I learned that one of the greatest of all BBC thrillers was getting the big screen treatment, not least because I had only just bought the original on DVD but also that a quarter century is a long time for such decisions to get made.

As I'd recently watched the BBC version again, my thoughts on Campbell's (the director of the 1986 series too) remake were probably a bit coloured but, hey, it's a cover version so these things are fair game in my book.

On its own, Edge of Darkness is yer standard conspiracy thriller and, to be honest, looks like it belongs in the 90s or even earlier. Gibson is as charismatic (and mumbling) as usual but his rubber-legged shtick is wearing a bit thin. I honestly dunno how good his Bostonian accent was but he sounded a lot less like a sheep than Matt Damon did in The Departed so I guess it's ok. Is it?

Distilling 6 hours of drama into a 2 hour film was probably quite a job but, even if you're not aware of the entire original story, one gets the feeling that huge chunks of plot are on a cutting room floor somewhere. Ray Winstone's character in particular is introduced to great fanfare, does the square root of bugger all for most of the film then pops up again at the end in a scene which could well have been pivotal in an earlier cut of the movie. Huh?

For those of you who aren't aware, Jedburgh, the character Winstone plays was central to the BBC series and beautifully acted by Joe Don Baker. I love Big Ray as an actor but what he's asked to do here is incongruous at best, plain silly at worst. If his character was fleshed out more I might have seen a point to it but, as it stands, Jedburgh's appearance in the remake is just daft.

Plus points (because there are a few): The action sequences are handled well and kudos to Campbell for including a sprog of a famous director in both versions he has directed - Danny Huston (again, woefully underused and one-dimensional) here and Zoe Wanamaker in the original. Coincidence? Perhaps.

The scenes between Craven and his daughter (especially the daughter as a child) are actually really well handled - Touching, sensitive and hardly ever overplayed by Gibson but all they really succeeded in doing was make me think of Bob Peck and the young Joanne Whalley. Oh well, thinking of Joanne Whalley is hardly what you'd call a chore, is it?

It's watchable enough, is Edge of Darkness, but forgettable enough in equal measure. The political intrigue here is tacked on and the fuzzy 'WMD' aspect of it pales in comparison to the background of Thatcher's Britain, miner's strikes, IRA informers, Trotskyite cells, and CIA interference of Troy Kennedy Martin's original screenplay. Transporting the whole kit and kaboodle from England to America fails this film completely.