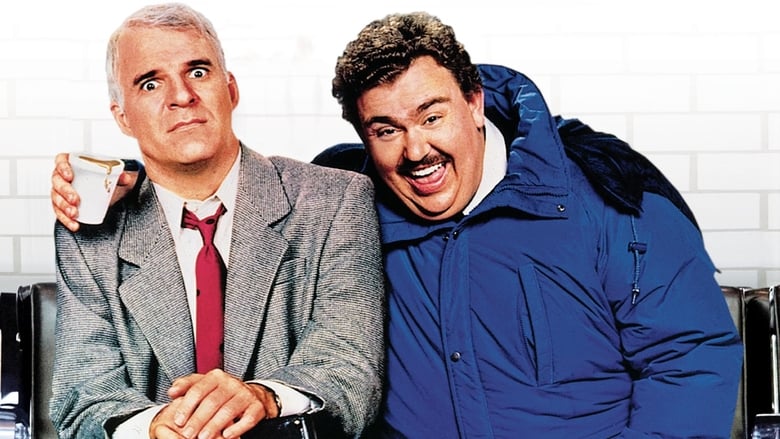 Why Did It Take Me 22 Years To Watch This?

Trying to get back home to be with his family on Thanksgiving, a serious of unfortunate events prevents one tight ass salesman from doing so. Along the way he makes an unlikely friendship with another salesman, who always tries to look at the bright side of things, much to the annoyance of the other.

John Hughes is a great writer, talented director and had this special skill for comedy that has yet to be matched. The man nearly defined the 80's with his films about teens and this adult comedy starring the late John Candy and the funny man Steve Martin. I don't know why I haven't seen this film until now, I never had the urge to. After seeing it now I am slapping myself on the forehead for not seeing it earlier.

The comedy is great, it lies within the writing from John Hughes. Only to be brought to life perfectly and added upon by the two great leads. John Candy is both irritating and lovable. His scenes near the end are heartbreaking and his outlook on life is uplifting. Steve Martin is the everyday guy who tries to get back home to his family. Things are just not going his way. I'm sure every normal person would act the way he does in this film if these events were to happen to them. The pairing of these two comedians for this script was perfection.

I've seen bits and pieces, but never sat through the entire thing. So I've seen many of the funniest parts. The funny thing is, they were still funny when watching them. The film has classic lines like "Those aren't pillows" and many memorable scenes, like the swearing tirade and the going the wrong way home near death experience. The film has many more, which is why it is so great to watch.

This just might be my favourite John Hughes film, it's got heart, great comedic timing and is so well written that it makes my cry that he did his first draft in 3 days. As a wannabe writer, I'd kill to do that and have it be a fraction of what this is. Planes, Trains and Automobiles is a great comedy and the best Thanksgiving film. It's a shame I waited so long to see it, if you haven't, get it now.