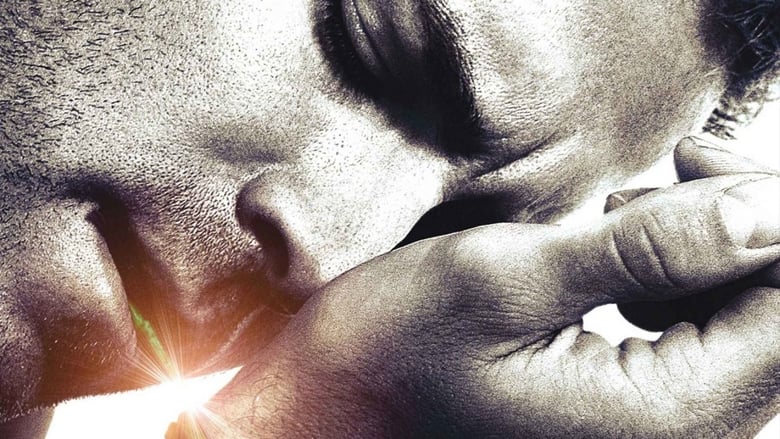 "It Keeps You Guessing Till The Very End"

The Nines tells three short stories, the first of about an actor who is under house arrest after flipping over his car, the second is about a writer who's pilot TV show is in jeopardy and the last deals with a video game designer lost in the woods after his car breaks down. All three stories are told with the same actors.

When I first heard about The Nines, everyone was raving about how original it was and how it was like nothing they have ever seen before. So obviously it peeked my interest. After finally watching the film, I can see where it gets it's praise, but don't fully understand why it's getting so much of it. Yes, The Nines is original and keeps you guessing until the very end, but the pay off isn't as good as the rest of the film.

This is John August's directorial debut, if you don't know who August is, he's the writer of such films like Big Fish, Corpse Bride and Go. The Nines is another impressive entry to his already good resume. It seems that August was confident enough to tackle this big project. I applaud him ambitions. He didn't fail by any means, but he didn't blow me away either. It is always a love hate relationship when the writer is the director. When it works, you get Pulp Fiction, when it doesn't you get Blade Trinity. When the writer is the director, he knows exactly what he wants, he knows the characters inside out and how to bring everything together. The Nines doesn't seem to fall into either category, it seems to sit on the fence.

Ryan Reynolds proves again that he has more range then people give him credit for. He might have painted himself into a corner with Van Wilder and Waiting, but he seems to be slowly breaking free of it. He showed range at the very end of Smoking Aces and in the recent rom com Definitely Maybe. With The Nines he again proves why he is underestimated and will bring greater things in the future. Reynolds plays the lead in all three shorts. We see him as a crack addicted actor, gay writer and family man video game designer. While he doesn't blow you away with his performance, he does manage to capture you and bring you along for the ride from start to finish.

Hope Davis appears here in a supporting role, again playing three different characters in all three shorts. She manages to get so much across the screen by doing so little. A look here or move there and you know exactly what she is thinking. Melissa McCarthy plays herself in one segment, I think she had the hardest job. She has to be bubbly, scared, mean and informative.

The three segments are all shot differently. The first segment, titled The Prisoner, showcases bright reds and yellows and was shot on 16mm. The second segment, titles reality television is shot on video. The entire segment plays out like a reality TV show as we follow Gavin (reynolds) and his troubles in trying to get his pilot on air. The third and final segment, titled Knowing, is darker and shot on 35mm. The third segment has the same title as the pilot that Gavin in the second segment is writing. Even the same events take place. Without giving too much away, all three segment interconnect with each other. But not exactly in a way you want or think.

If you are confused after watching the film, join the club. I knew what happened and sort of got some things, but had to read up on it to see what others thought to finally connect the dots. The films does a very good job of teasing the viewer with bits of information and bringing them along asking questions left right and centre. As the film concludes you sit there wondering if you are satisfied or not. I still do not know really. I like the idea behind the film and the presentation was nice, but the way they dragged us along seemed like it would amount to something bigger, something deeper, something more then what we are ultimately given.

The film doesn't answer everything and it doesn't need to. It's a film that leaves it's answers up to the viewer, to make whatever assumptions they want. But even this isn't satisfying enough. I guess because all the hype I head prior, I expected more. If you go into it not knowing anything about it, you will be pleasantly surprised.