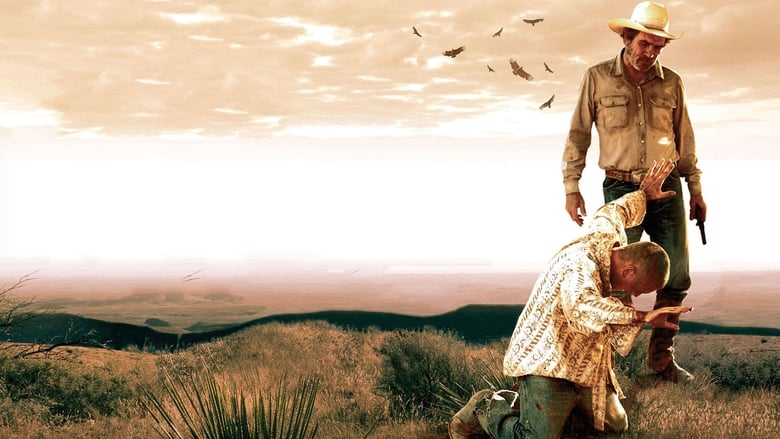 The Three Burials of Melquiades Estrada

"A Good Directorial Debut From Two Face Himself"


Three Burials tells the story of a man who accidentally kills another. When Pete discovers that his friend has been killed, he takes matters into his own hands as he intends to keep the promise of burying Estrada in his homeland. Pete takes Norton, the murderer, hostage and they take a long journey to bury Estrada, along the way learning life lessons.

Jones can join the list of actors who want to break their mold and become directors. When I first heard about this film, I had no idea how to pronounce it, know after seeing it, I have a better idea at how to pronounce it, but still not one hundred percent. Here, Jones actually makes a good film with beautiful cinematography, good characters, great acting, and an interesting story.

Pepper throughout the entire film gets the crap beaten out of him. This was his journey through hell. He gets the crap kicked out of him, hit the face with a gun and a tea pot, hot coffee poured on him, bitten by a snake, dragged by a horse through water, among many more things. Pepper doesn't really show much emotion, until the final scene. He mostly plays a guy hurt, until the prays for forgiveness. Jones, plays the on the verge of going crazy ranch guy Pete. Jones is definitely the highlight of the film, making it his own in every sense of the word, from acting to directing. The supporting cast deliver what is expected to help get the film along. Although, I felt that January Jones was completely useless in this film. JJ, as I like to call her, was only there for eye candy. Some may argue that she is there to show that Pepper had everything, but abused it. That message may be there, but it's buried under so much that it is lost half way through the film. I also ask myself that if you eliminate a character from a film and nothing really changes, then they have no purpose. Well, if you eliminate JJ from the film, nothing changes other then it's running time.

The film is beautiful, ranging from deserted plains to high mountains, you get the sense of a journey that goes on forever. The cinematography is one of Burials highlights. Straight from the opening shot we get a sense of what we will be viewing. Although, the camera movement was awkward in the opening, specifically when the film had to pan down to the oncoming vehicle. It seemed to jerky and off with the rest of the film for me.

Three Burials ends abruptly and leaves the viewer with questions that they have to answer themselves. If you re one who likes everything to be answered, you may want to miss this film as we are never told if the boarder patrol catches up with our two characters, or even why the one character lied to Jones. The film is told in four parts, the first two chapters, which are the "first two burials" set up for the rest of the film. The rising action of the film is known as the "journey". At this point that you are either grabbed by the film, or wanting to leave. The final act is the "third burial", which is actually the real burial of Estrada and the most emotional part of the entire film.

For a first time effort, I applaud Jones. Burials was far more then what I expected it to be. I am interested in what Jones has to offer after this film though, to see if he's a one trick pony or not. Untiul then, Three Burials is an excellent film to watch, and a good directorial debut from two face himself.