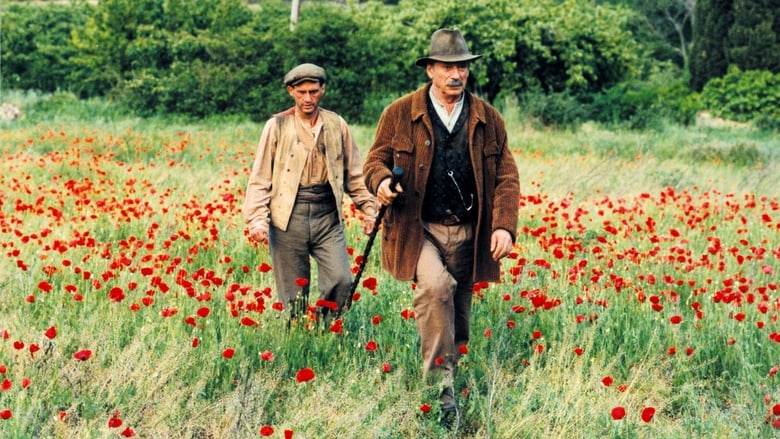 by SamsoniteDelilah
posted on 3/10/05
in
Jean de Florette
When does self-interest become greed? Where does the pursuit of self-preservation become destructive? Writer/director Claude Berri and co-writer Gerard Brach raise these questions in Jean de Flourette, starring Yves Montand, Daniel Artuiel and Gerard Depardeu. The story centers around an elderly gentleman, concerned with continuing his family?s name by marrying off his nephew. The nephew just wants to grow carnations, but to do that, he needs water, and to get the water, these two conspire to cheat their neighbor.

This is a simple and beautiful little story, by turns charming and sad, told perfectly by cast and filmmakers. Set in the French countryside, the camera work puts us in the landscape with the characters. Understated acting pulls us into the humanity of these characters without bashing us over the head with the moral issues at hand. Third in the quality trifecta is the writing: very direct and simple storytelling gives this story the feel of a fable and universal relatability, without telegraphing what is going to happen next.

Manon of the Spring
This is the continuation of the story begun in Jean de Flourette. Five years or so have elapsed when the story picks back up. While either of these films will work as a stand-alone film, their full impact is realised only if you see them together, or reasonably so.

Manon des Sources (Manon of the Spring) has more of the feel of a Greek tragedy/comedy than it's predecessor. It completes the first story in a very satisfying and oddly suprising manner. The emotions are more complex and yet the story seems simpler. The charm is the same, though.

The performances are once again top-notch and all the lovely technical aspects are carried through from the first film. If all this isn't enough to make you rush out and rent it, let me also mention that you get to see this girl dancing nude: