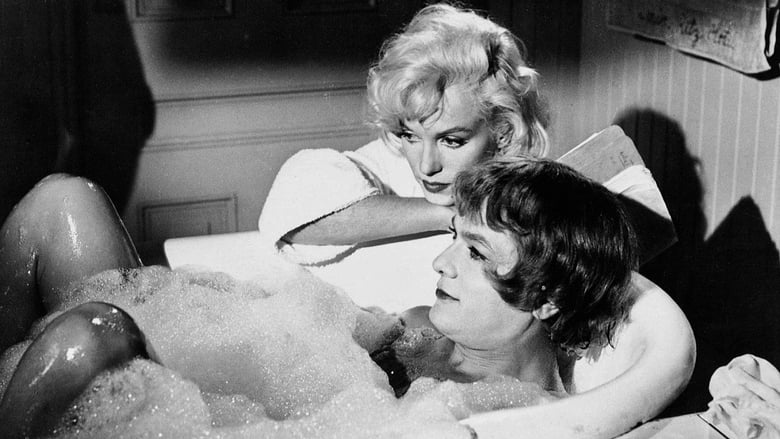 Some Like It Hot is a hilarious sex comedy and so much more. As you can see, the photography is great in this movie, as are the music, sets, costumes, etc. All the acting is great too with Marilyn being both sexy and vulnerable. The plot makes total sense too. (Well, it is farcical, but why they're hiding out as women to get away from the St. Valentine's Day Massacre gangsters is fully explained). This is Billy Wilder's second-best film to me, only after the under-seen One, Two, Three. Two hours of superlative entertainment!


If Billy Wilder were making movies today, he would tackle more topical subjects, but he was always attracted to sardonic satires, romantic comedies and frenetic farces. Even in 1959, Wilder set Some Like It Hot 30 years in the past to make the subject more palatable to contemporary audiences. Some old comedies and classics do get a pass based on reputation, while some actually deserve their status and are timeless. Others may disagree to various degrees, but Some Like It Hot is on my great list, and I ain't kissin' Billy's or Marilyn's ass, although that last thought is mouth-watering.
» More about Some Like It Hot
» More reviews of Some Like It Hot
» More reviews by mark f