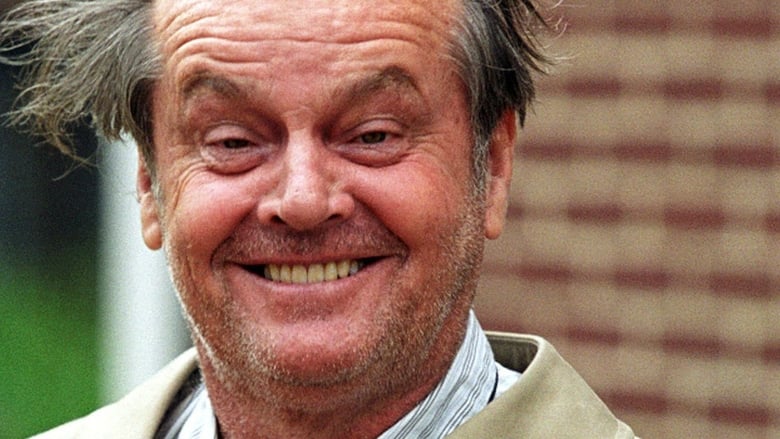 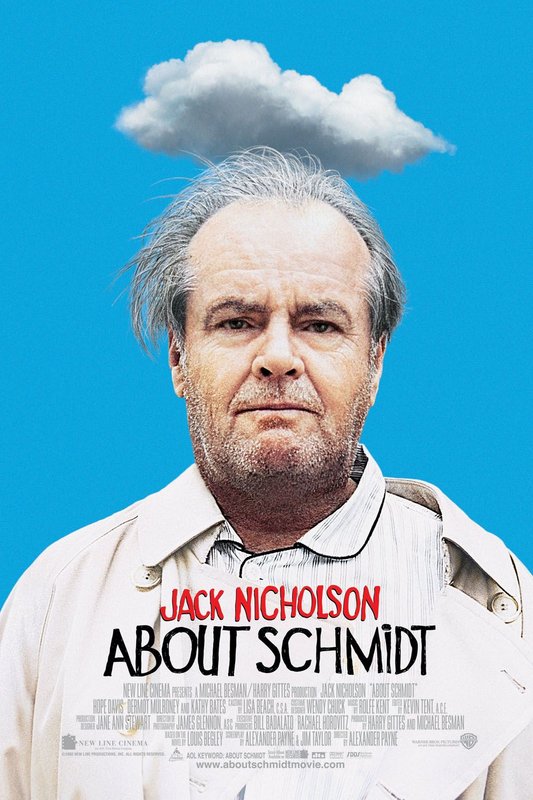 Starring Jack Nicholson
At certain points in our lives, all of us stop and wonder what it's all about - and more specifically, what real difference our life makes in the grand scheme of things. Have we made any real difference? Would the World have been any different at all if we'd never come along? Have we made the right choices? Are there any right choices? In About Schmidt, Ray (Len Cariou), a friend of Warren Schmidt (Jack Nicholson), voices his affirmation of the life of this recently-retired friend. "What really means something," Ray says, "is the knowledge that you devoted your life to something meaningful." He tells us that if you have raised a fine family, built a fine home and are respected by the community, then your life means something. Wonderful lasting friendships, and doing your job well, means that you can retire in glory - and be a rich man far beyond the material kind. It's something that Schmidt himself seems to have not bothered thinking about much at all during this life - and we're about to see how little Warren Schmidt's life really means. How he is, in fact, desperately poor in this regard. Director Alexander Payne asked Jack Nicholson to play Schmidt as a "small man".

To this end, the success or failure of About Schmidt depended mightily on the performance of Jack Nicholson - more so than would be true of most films. If your film does depend on one man, then Nicholson is the obvious choice for your lead. You could almost say he's the only choice, and Payne would have been bereft of confidence if Nicholson had turned the role down. Here is a man who has had a towering career in the field of acting, and has more than made a difference to the motion picture industry. His performance in this film would be easy to underestimate, for we expect a certain perfection in it. In Schmidt he dominates long shots, just with his slouched walk - his clothes hanging awkwardly on him. He looks lost - his blank expression that of a man who has had the rug well and truly pulled from under him. Schmidt, lest he lose even more of the dignity which bleeds away from him every day, must put a brave face on his misfortune, and pretend everything is fine when it really isn't. To this end, Jack Nicholson's performance in About Schmidt is one of the best I've ever seen by one man who has to carry a film on his own shoulders.

Most of the characters surrounding Warren Schmidt are insufferable idiots - ones which he is never quite sure how to interact with, as if they're alien to him. The irony here is that Schmidt is the ultimate loser amongst those he feels superior to. There was a bit of a sharper edge here in Louis Begley's novel. In that, Schmidt's daughter Jeannie (Hope Davis) was marrying a Jewish man - and that was one source of discomfort for him. Considering the comedic tone this film takes, it was the better choice not to include this. Instead, Jeannie is marrying a perrenial loser, Randall Hertzel (Dermot Mulroney). While visiting his soon-to-be adopted new family, Schmidt peruses the childhood awards and certificates displayed lovingly in Randall's old home. They're all for 'participation' and awards for attendance. Randall is good at nothing, gets caught up in shonky pyriamid schemes, and has a hairdo that singles him out for our ridicule. His mother, Roberta (Kathy Bates), thinks highly of herself, and is blessed because she can't see her son's faults. Schmidt is the poor unfortunate that can, but he can't connect with anyone - even his daughter. A disaster marriage gets ever closer, a car crash in slow motion, and Schmidt is so small nobody can hear him scream.

This is the one small area where Schmidt could make a difference - his daugher's life - but he is incapable of even that. In this respect, it's surprising About Schmidt isn't depressing and sad. On the contrary, the film is exceedingly funny and clever - some of this coming from a script that Alexander Payne had been trying to turn into a film from the start of his career. Titled The Coward, this script would eventually be melded together with Louis Begley's novel to create what we have here today. On the way, Payne had written and directed impressive fare such as Citizen Ruth and the fantastic film Election - ahead of him he had Sideways and The Descendants. This is the resume of a talented writer/director with an abiding interest in people and existentialism, and in this, his area of expertise, About Schmidt poses questions we daren't ask ourselves, even having seen it. The broadly comedic tone of the film makes it palatable. More than palatable - inviting. There are so many funny moments in this film that we completely forget the horror it's pointing out to us. It's like a magicians trick.

Aiding this slight-of-hand is Rolfe Kent, who scored films such as Sideways and Up in the Air. It's a score which hides within the film. A nuanced nudge which is like the bumbling Schmidt stepping clumsily on horns and xylophones around his littered yard. It was one of Director of Photography James Glennon's last films - someone who, interestingly, had technical roles in science fiction fare like Return of the Jedi and Altered States. The film lives in Payne's world of Nebraska - and as Schmidt retires then loses his wife of 42 years, he hits the road in thier newly-aquired Adventurer motor home. In the wide open spaces Schmidt seems an even smaller man than he already did. At one stage he attempts to visit the house he was born and raised in - discovering a new tire merchant's store erected on the demolished home's site. Attempting to find meaning any way he can, Schmidt points out that there was a tire-swing out the front of the old place - a clever, funny, yet poignant moment.

Anchoring the entire film is Warren Schmidt's relationship with his foster child in Tanzania - someone he writes to often, with an unknowingly too-grown-up manner. This child, Ndugu, is rarely seen, but we hear what Schmidt is saying to him through Nicholson's own voice and it creates a narrative important to us - for Schmidt spends most of this film alone. Here he can complain about the disaster that's befallen him - his retirement and his new job being taken over by a young man who has no use for Schmidt, despite Schmidt desperately trying to stay relevant to him. Schmidt discovers his life-work has been thrown into trash cans soon after he retires - and I can hardly think of a more potent metaphor. It's the same story for most of us. The relationship Schmidt has with Ndugu though, is waiting to flourish - if only he can see past his own failures and disappointments. If only there weren't so many failures and disappointments to sort through.

Payne fills the rest of his World with real people. Often, police officers, waitresses and businesspeople are played by their real-life counterparts. I think that works rather well - even if only in a subtle manner. In the meantime, Kathy Bates gets very daring in a nude scene (much to Schmidt's discomfort) and June Squibb's presence is felt long after she departs the film by way of a hearse. Bates was nominated for a best-supporting-actress Oscar (for more than her nude scene I must say) and of course Nicholson was nominated for his lead performance. Neither would win, but Nicholson did pick up a Golden Globe, along with Payne and Jim Taylor for their brilliant script. It must have been particularly satisfying for Payne, having shopped The Coward around for so long without attracting any interest. Although much-enjoyed and successful though, it was the only film not to follow up it's Golden Globe nomination with a nomination for Best Picture at the Academy Awards. It was almost as if this film was too easy to enjoy - too cute and funny without enough pathos to satisfy intellectual minds.

About Schmidt has enough pathos and intellectual inquiry to be a great film however - and softening existentialism with humour shouldn't be seen as the wrong thing to do. To have done any differently would not have made for a better film. Payne would go on to contrast this film with his much more serious Nebraska, which is basically this film played much more straight - and with the Schmidt character having dementia. Payne didn't write the screenplay for Nebraska, but this latter film perhaps even surpassed this one - and gave his films a definite, succinct feel. We haven't had much from him since Nebraska in 2013 - only the disappointing Downsizing in 2017. Despite that, Alexander Payne has cemented himself as one of the most important directors so far in the early 21st Century. He's made a real difference, and that has made us all richer in a non-materialistic kind of way. His film, About Schmidt, really means something.