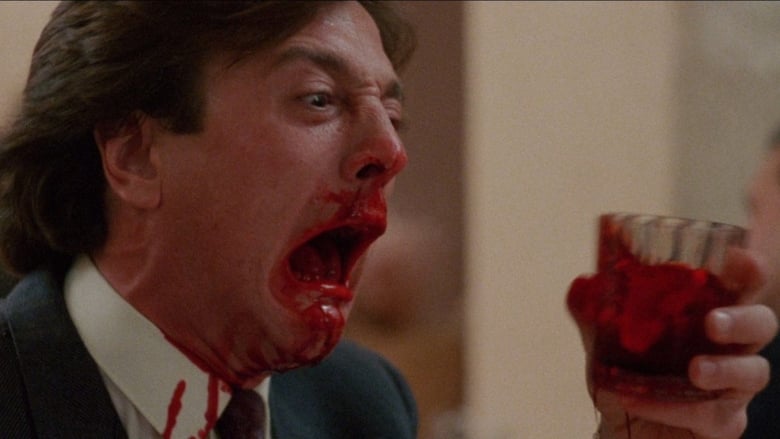 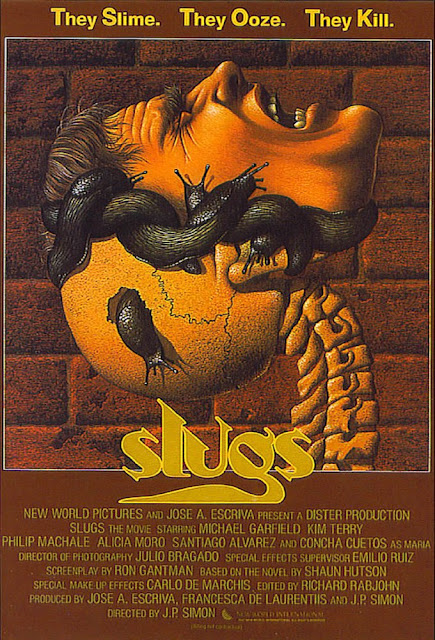 Before I collect my thoughts for the next Firday the 13th movie to review, I want to get this movie out of the way. I get a real kick out of 80's B-movies, especially the science fiction horror movies. I didn't even know Slugs existed until yesterday, and I only checked it out because I wanted to see other movies by the director of my favorite MST3K episode: Pod People. I didn't expect to like it, but I did.

Slugs is based on a horror novel about a health inspector who discovers that a giant nest of mutant slugs is travelling through the city and killing and eating people. Of course, no one really believes him. Thankfully, he has fellows in the health department and a scientist to help him overcome the threat before more people turn into nothing but bones.

The movie does have a constant creepy feel to it. I mean, you wouldn't want to be eaten by a giant mass of carnivorous slugs, would you? Being eaten by a large group of any kind of small animal is horrific. The movie's special effects help it a lot. Even though the acting and the direction still have that B-movie feel, the authenticity of its target audience and time period live up to what's expected by us young hip guys that like the old cult classics. It's cheesy and scary at the same time, which is perfect for it.

The story itself was a bit slow moving and based in expositional dialogue most times, but it's thoroughly scripted and consistent. And from what I've read concerning the novel (I haven't actually read it, but I read the plot online), it's very faithful. To be honest, the exposition gave real reasons for why the city was being attacked, the same kind of reasons you'd expect to find in a thoroughly scripted semi-realistic sci-fi movie that begs the question: but if there is that slim chance that such a thing could happen, could it be true?

The biggest problem with the movie haunts many sci-fi and horror movies throughout history: the characters are not well developed. You have your typical teenagers, old people arguing who get killed off in five minutes, the lonely hero who most people don't believe, etc. Nothing special.

Slugs is by no means one of the greatest movies ever, but it was fun for what it was worth. A naturally flowing movie with a lot of thought put into the story and origins of the slugs, this is one I'd recommend for anyone who likes 80's horror.