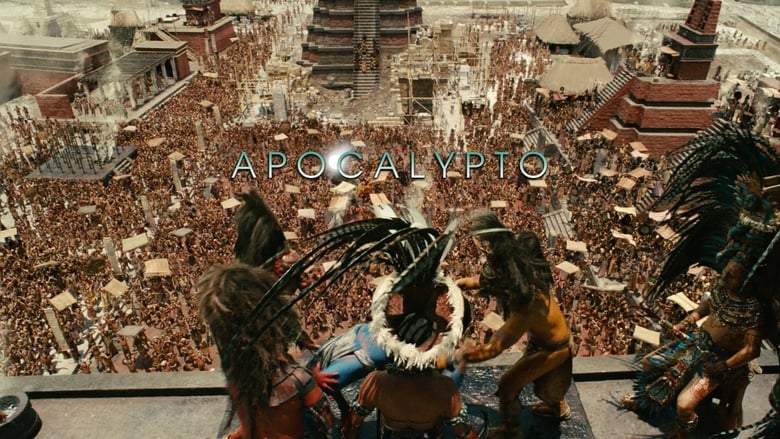 by Tramuzgan
posted on 9/23/20
in
Apocalypto

My taste in films has undergone a sort of a paradigm shift in 2020. In 2019, I used to like them stylish and imaginative, as best exemplified by my favourite discovery of that year, A Wonderful Night in Split, but now I like them mythological. Simple stories with complex themes, made with a certain ethos through which they inadvertedly reveal some sort of truth. The film to best help me articulate this new sentiment is Apocalypto, Mel Gibson's meditation on the decline of a great civilization presented through gory unga bunga.

It takes place in the Mayan Kingdom, immediately before the arrival of the Spanish Conquistadors, and follows the hunter Jaguar Paw as his village is raided, and he is taken to the city to be sacrificed. A simple story, as I said, but the benefit of that is that it flows smoothly as silk. There isn't much character development going on, it's mostly about Jaguar Paw trying to survive, which may sound like a bad thing, but it just enhances the savage feel of the film. It's Mel Gibson, so it's bloody and brutal, but again, it fits, and the effects are straight up fantastic. When a character gets his heart torn out on an altar, you actually believe it. It makes good use of this grounded violence in the final action scene, in which Jaguar Paw fights a group of elite warriors in a jungle. There's no question who's stronger here, so the hero has to rely on cunning in order to survive. He hides in the trees, throws beehives to slow them down, and generally takes advantage of whatever he can find in the jungle. It's everything an action film should be: not flashy, but tense.
The production design is also top-notch, with how much effort was put into the city and the warriors' intricate decorations.

As for the ''complex themes'' I brought up earlier, they will be identifiable to any fellow Spengler fanboy. The contrast between the simple-minded, but ultimately sane, village with the frenzied, decadent city reminded me more than a little of his comparisons to late Rome or Baghdad. That's why I don't get these people who call this film racist. The degeneracy showed here is in no way exclusive to the Mesoamericans, it's something all great cultures end up as. For example, the excessive deforestation and slave labour can be seen as a parallel to modern-day Silicon Valley elites, the manipulative priest to sensationalist politicians, and the people relishing in the gore of human sacrifice is more than a little reminiscent of today's savage hedonism seen in raves, furry conventions and Serbia.
I don't mean to sound preachy, but Mel Gibson did say he wanted the film to parallel the present, so you can see how I came to these conclusions. Don't worry, it's not upfront about any of these comparisons, they're just out there for anyone who cares. On the surface level, it's just a gritty action film.

I first started this thread to shill movies I thought were underrated, hence the name, and if there was ever a movie that fits that description, it's Apocalypto. I was really surprised that it had no review on MoFo, or how little it's brought up when discussing the best action flicks. I wanna give it a 9, but honestly it's more of a . Just watch it, you're not gonna regret it.
» More about Apocalypto
» More reviews of Apocalypto
» More reviews by Tramuzgan