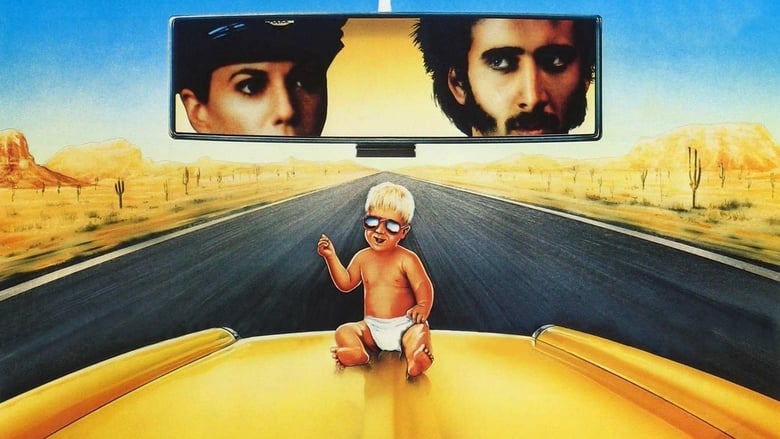 by Gideon58
posted on 9/22/20
in
Raising Arizona
Twenty years before bringing home the Best Picture Oscar for No Country for Old Men, Joel and Ethan Cohen had their first real commercial success with a razor sharp black comedy from 1987 called Raising Arizona that rivets the viewer with endlessly stylish direction, eccentric but likable characters, and an often logic-defying story rampant with unpredictability. 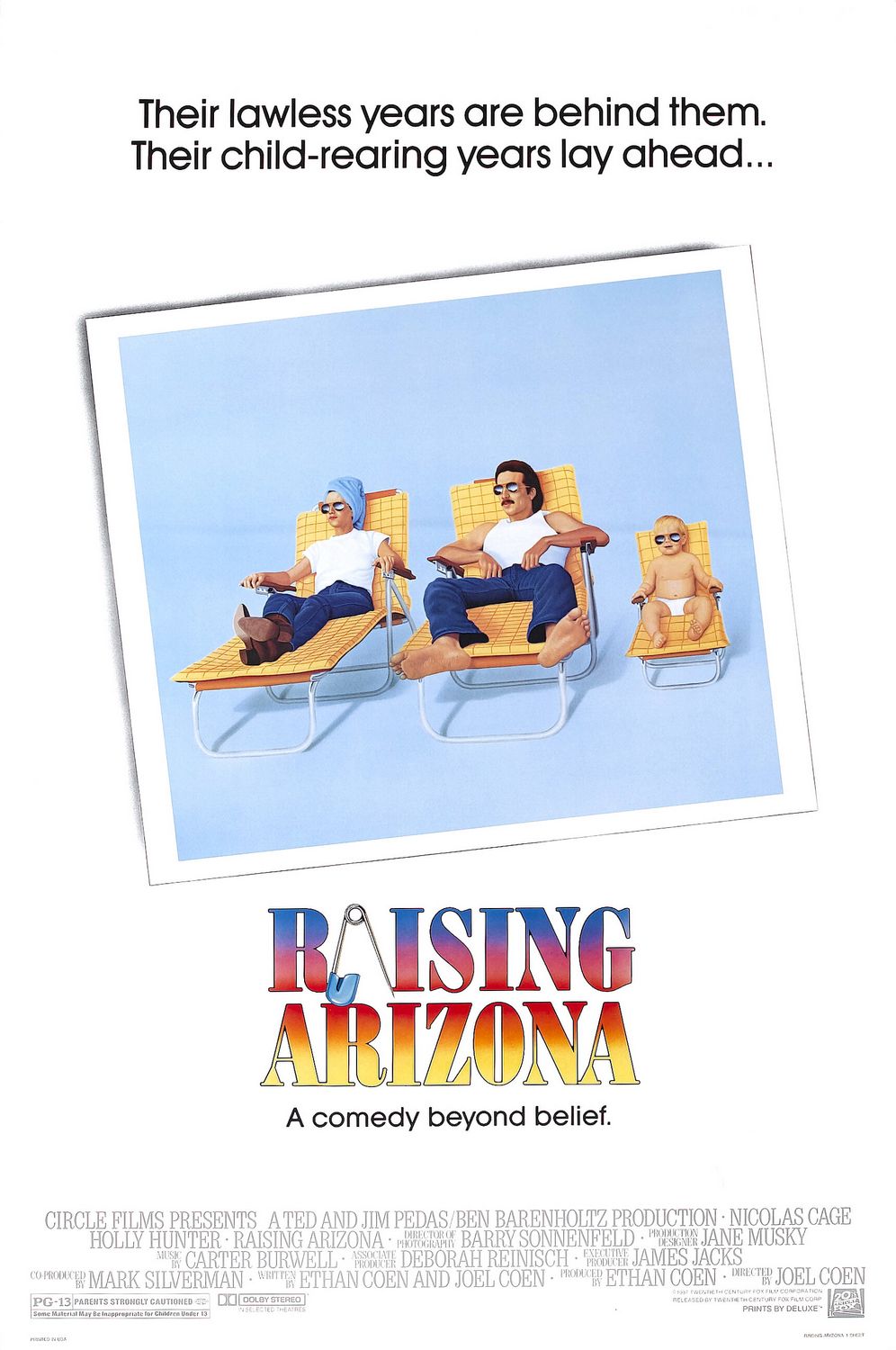 The film stars Oscar winner Nicolas Cage as Hi, a dumb-as-a-box-of-rocks career criminal who marries a romantically-challenged cop named Ed, played by Oscar winner Holly Hunter. Shortly after learning they can't have children of their own, Hi and Ed learn via TV that a wealthy couple named Nathan and Florence Arizona have been blessed with quintuplets. Rationalizing their own desires by saying that the Arizonas have to be overwhelmed, Hi and Ed travel to the Arizona home and take one of the babies. 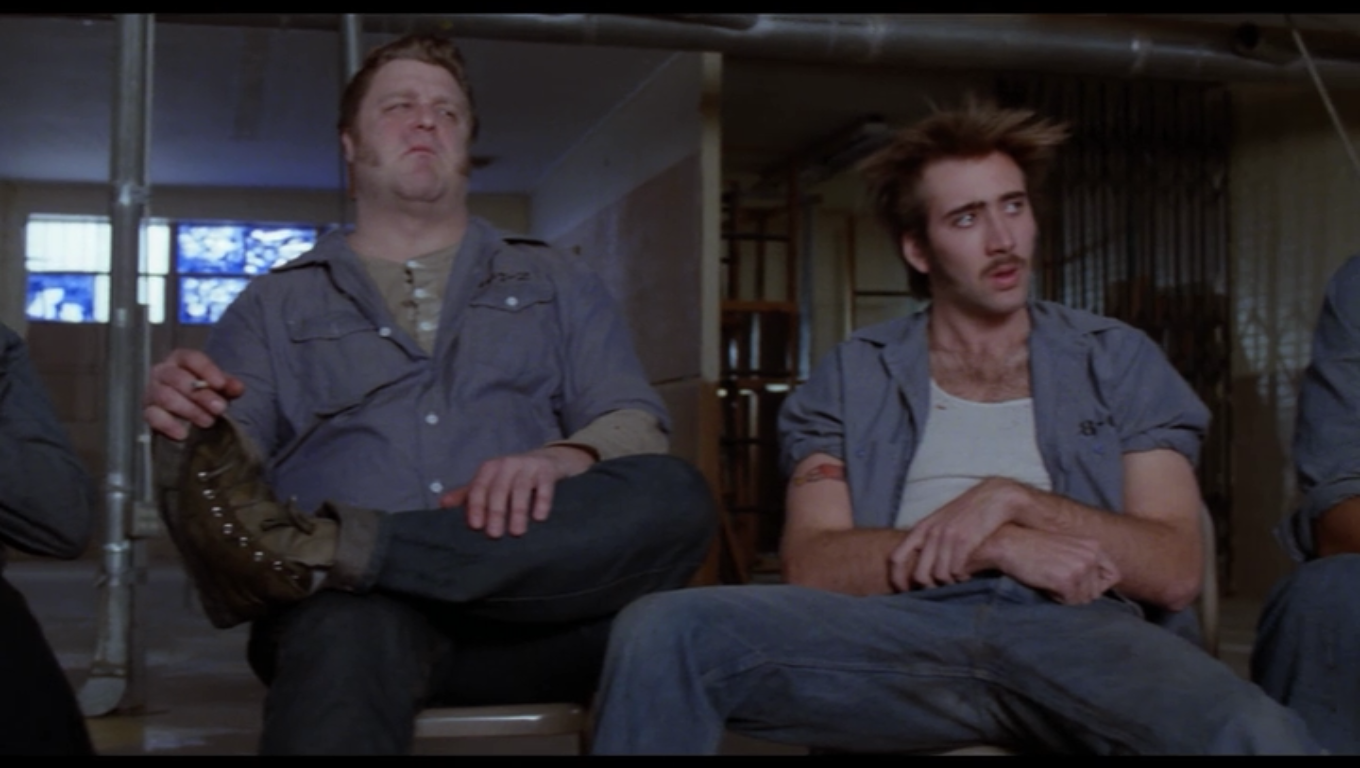 Their plan for familial bliss gets a couple of wrinkles when a pair of Hi's former cellmates (John Goodman, William Forsythe), escape and seek refuge with Hi and Ed. There's also a psychotic bounty hunter named Leonard Smalls (Randall "Tex" Cobb) who decides, after being turned down by Mr. Arizona, to go after the baby himself. 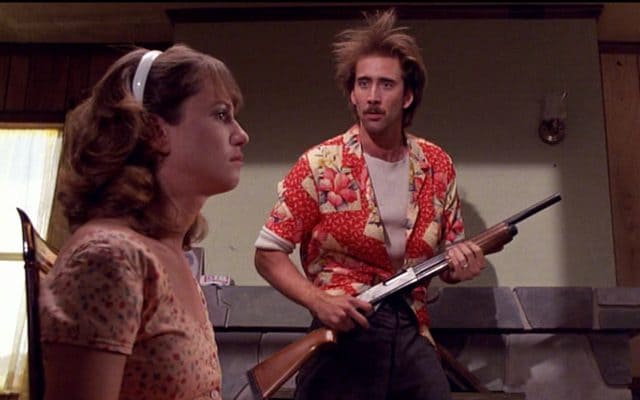 The Cohens have crafted a funny if often unbelievable story that the viewer becomes completely engaged with because of these two very likeable central characters named Hi and Ed, Ed, in particular, becomes the emotional heart of this story. We're a little surprised when we learn that this plan is initiated Ed and we are just as surprised when she realizes that what they have done. That speech in the car where Ed tells her husband why what they've done is a mistake is beautifully written and performed by Hunter. 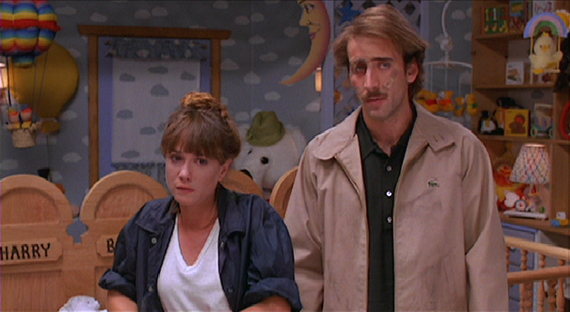 The Cohens keep this hard to swallow story moving at breakneck speed, thanks to some highly imaginative camerawork (with a special nod to the steady cam during that chase scene through the house) and some razor sharp editing by Michael R. Miller. I loved when Goodman and Forsythe escaped from prison in the rain...it was almost like a comic variation on Tim Robbins' escape in The Shawshank Redemption. And I will never get the image out of my mind of that baby sitting in the middle of the road with the storeowner's voice on the audio counting to 825. And after all the madness that ensues, the final act coasts quietly to an appropriate and slightly dreamy conclusion. 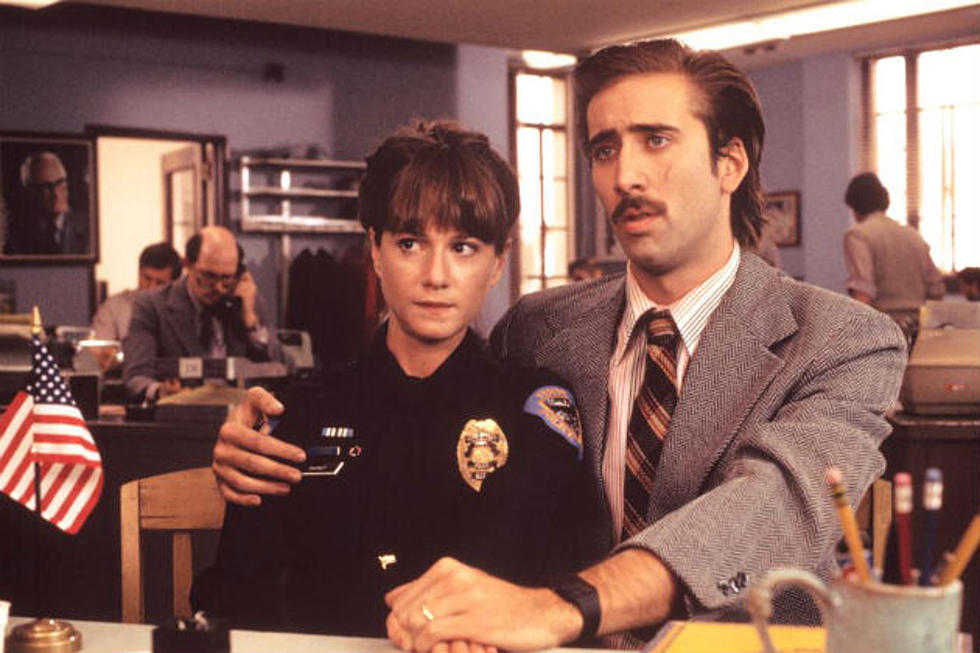 Wouldn't be surprised if Cage needed a year off after this film wrapped, because this one of the most physically demanding roles I've ever seen and Cage totally sinks his teeth into it, but it's Holly Hunter's Ed that is the heart of this story. She would later win an Oscar for The Piano as well as three other nominations, but I don't think I've ever enjoyed Hunter more than I did here. Goodman and Forsythe steal every scene they're in and Trey Wilson was terrific as Mr. Arizona. An underrated cult classic that takes a very unconventional cinematic journey, riveting this viewer to the screen.
» More about Raising Arizona
» More reviews of Raising Arizona
» More reviews by Gideon58