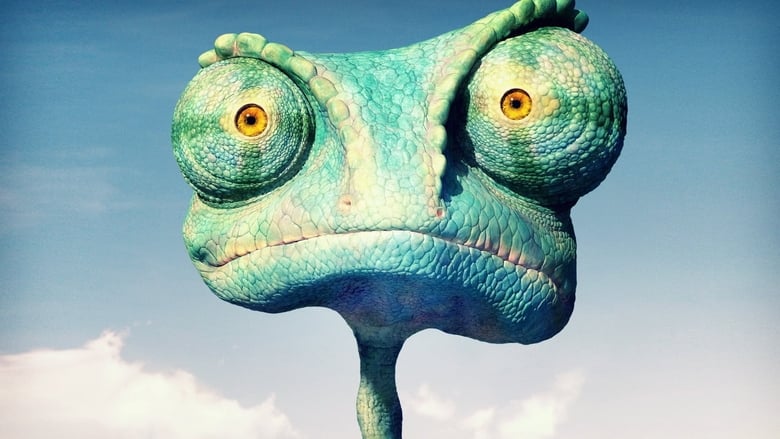 by Tramuzgan
posted on 8/18/20
in
The last four movies I reviewed were all animated, so I thought why not go out on a full marathon? And considering how I approach animation very differently to live-action films, I decided to put them in their own thread. Let's kick off with one of the most eye-catching, and one of my personal favourite animated films of all time:

I remember, quite vividly, how it caught me off guard when I saw it on TV as a teenager. Back then, my idea of american cartoons boiled down to Shrek and Ice Age - the kind of stuff I saw as a kid - so I never expected to see a high-budget, computer-animated, celebrity-voiced megaproduction with dark humour, a gritty art style, cursing, guns, and dialogue clearly aimed at adults first, and children second. Now, that I am more well-versed in animation, what fascinates me about Rango isn't just that it has all these elements, but how it handles them. Rango is so unlike anything you've ever seen, and there's a reason for that: it's a piece of outsider art.
It was animated by Industrial Light & Magic, which isn't an animation studio, but a special effects studio. The director, Gore Verbinski, was at the time only known for Pirates of the Carribean. Neither had previously worked on animation, and you'd think the inexperience would show, but they also hired a team of illustrators to handle what Gore and ILM couldn't. The end result looks like Chuck Jones' Looney Tunes, but customized for photorealistic CGI. It sounds weird when you spell it out like this, but in practice, it blends so seamlessly. Like Chuck Jones, the character design thrives off of asymmetry and quirks - like how one character would have a hunched back, another would have a pronounced double chin, or freakishly lanky legs - but it's enhanced by how each animal needs to look somewhat like its real-life counterpart. For example, the one doing the typical ''cowboy walk'' is a beetle, and the local ''foxy lady'' is an actual fox. When you see it, it feels so obvious in retrospect, you can't help but to laugh. Not only that, but since this is more adult-oriented animation, the characters also get to have deformities, and play them for laughs. Two stand-outs were an old rooster with an arrow sticking out of his eye, and a clan of clearly inbred moles. It achieves a similar effect as Fantastic Mr. Fox, where through just visual cues and a few lines of dialogue, we get a feel for the characters and the community they form.
The animation on the environments and action offer plenty of great mood lighting, solid cinematography and memorable set pieces, often as stylish as the character design.

And if you wanna talk about the visual comedy, I don't think words do it justice. It's better off summarized in this screencap: 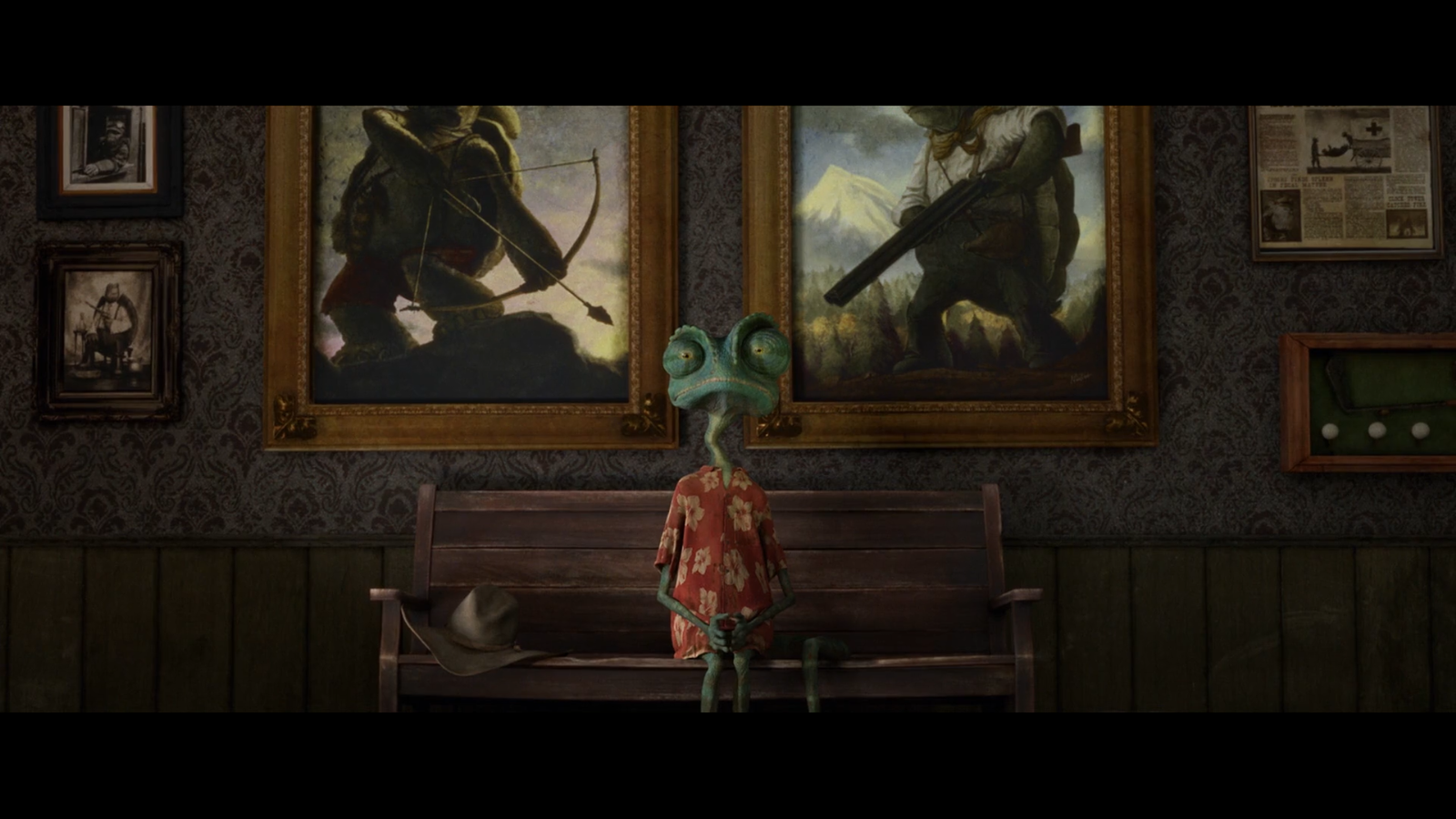 That Chuck Jones comparison wasn't for nothing. It's not just the visual humour: I was getting CJ vibes from the dialogue and character dynamics as well. What a lot of people forget about Looney Tunes is that it wasn't initially meant for kids, it was more akin to an opening act to Jerry Lewis, but it just seems like kids' stuff nowadays because 50's comedy is so clean. The production code was still standing strong, so witless edgy comedies like family guy or one punch man would never fly. Comedians were forced to be clever. And Rango is exactly that: clever. It can be dirty, with a lot of dark humour revolving around disease, sadism and inbreeding, but it never relies on shock value. It's the kind of comedy that makes you think whoever made it was really intelligent. If you've ever seen any interviews with Rowan Atkinson, you know what I'm talking about.
While all the voice actors were good, Johnny Depp was on fire as the protagonist. Every stammer, every ''uh'' and ''ah'', and every yell is on point. To refer to Rowan Atkinson again, what makes him so funny isn't what he says, it's how he says it. You'd never think that ''You better listen up, because this is where it gets... complicated'' would make for a good joke, but it's the theatricality, the additude which he adopts that makes you laugh.
The comedy does drop the ball a few times, with the first 10 minutes and the chase scene in the middle containing some really awkward, cringy moments. There's also a few instances in which the jokes come too fast, and become more overwhelming than funny. Everything else, though? Pure gold.

In typical post-Pixar fashion, this mainstream animated comedy contains meaty drama and character development. This is the only part where I feel Rango succeeded only half-way. You have Rango's quest for identity, and the town od Dirt struggling with the drought, but those two substories don't intertwine enough until the third act. We just spend 30 minutes on one problem, 40 minutes on another, and when they merge at Rattlesnake Jake's arrival, it feels jarring. It's an excellent scene, don't get me wrong, and from then on the movie's a straight 10/10, but it comes out of nowhere. Even up to that point, we've had some great dramatic moments portraying Rango as a real vulnerable, lost character, and the town of Dirt on a legitimate brink of collapse. You may say I'm expecting too much of the movie if I'm giving it this much criticism for some clumsy script writing, but this is Rango. It deserves nothing but the highest expectations.

I like to be objective in my reviews, so I won't give it a 10 or a 9, but I can give it a whole-hearted recommendation. It's not an individual's passion project like Fantastic Mr. Fox, but it doesn't feel factory-made either. Rather, it feels like a movie made by a group of friends, with each one bringing something of his own - the illustrators bringing this, Gore bringing that - and the result that came out is fun, intelligent, imaginative, and brimming with personality, which may not be to everyone's liking, but it definitely was to mine.