Solid western from one of the legends of western movies...Clint Eastwood. Eastwood's laconic performance fits the character William Munny to a tee. Munny is, as we would image him to be...a coiled viper reformed by the love of a good woman, and without her guiding hand he's a man who could once again do great violence. Munny is a complex character, he's neither pure evil nor purely good, he's a man down on his luck and willing to do a dirty job for a few bucks. 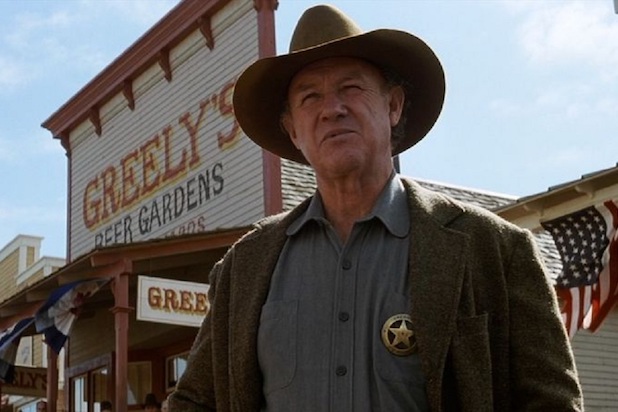 And let's not forget the other powerful actor in this movie, Gene Hackman as Little Bill Daggart. Little Bill is outwardly a bully and yet we can see that he's also a decent man, just wanting to finish building his house. This is 180 degrees from William 'Bill' Munny who outwardly is a hardened killer, but we see that inside him is a good person. Both men are two sides to the same coin. They're juxtaposed and yet one in the same. 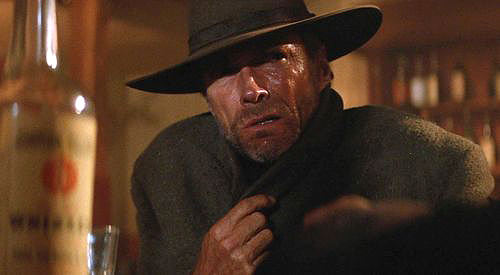 I think the real star here is Eastwood the director. As a director, Eastwood employs the same no-frills, well honed and laconic style of film making that made him famous as an actor. The actor is the director and the film is highly focused with nary a misstep, but a couple of misfires. The film takes the myth of the old west, a myth that Eastwood himself helped to make, and deconstructs that myth and shows it to be mostly the stuff of idle talk that turned into folk legend. And the misfire of a gun is used to demonstrate that in a gunfight it's not about a quick draw but about a cool head and luck. And nothing is more unlucky than a misfire in a gunfight.

I reckoned Unforgiven would be the number one movie in the Western Countdown, and it was.