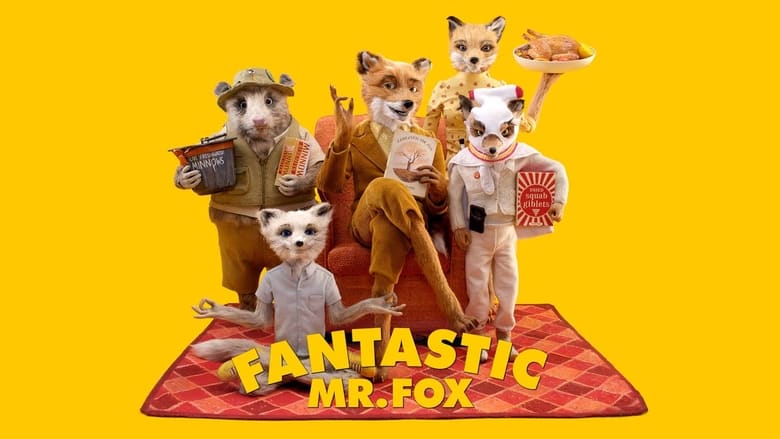 You know what I noticed? Almost all of the greatest animated shows and movies are neihter strictly for kids, or strictly for adults, but somewhere inbetween. Classic Simpsons, Batman, The Prince of Egypt, The Incredibles, anything by Chuck Jones... you get the picture. It's likely because that's when the artist can focus on doing what he loves, and not have to worry about who he has to appeal to. Wes Anderson is a director known for following this philosophy, so it's no wonder that his first animated film would be a great example of what I'm talking about, but it ended up even better. Fantastic Mr. Fox is his masterpiece: the movie where all his idiosyncracies just clicked together and made an absolute gem.

Most of my points about this movie can be summed up in one screencap. 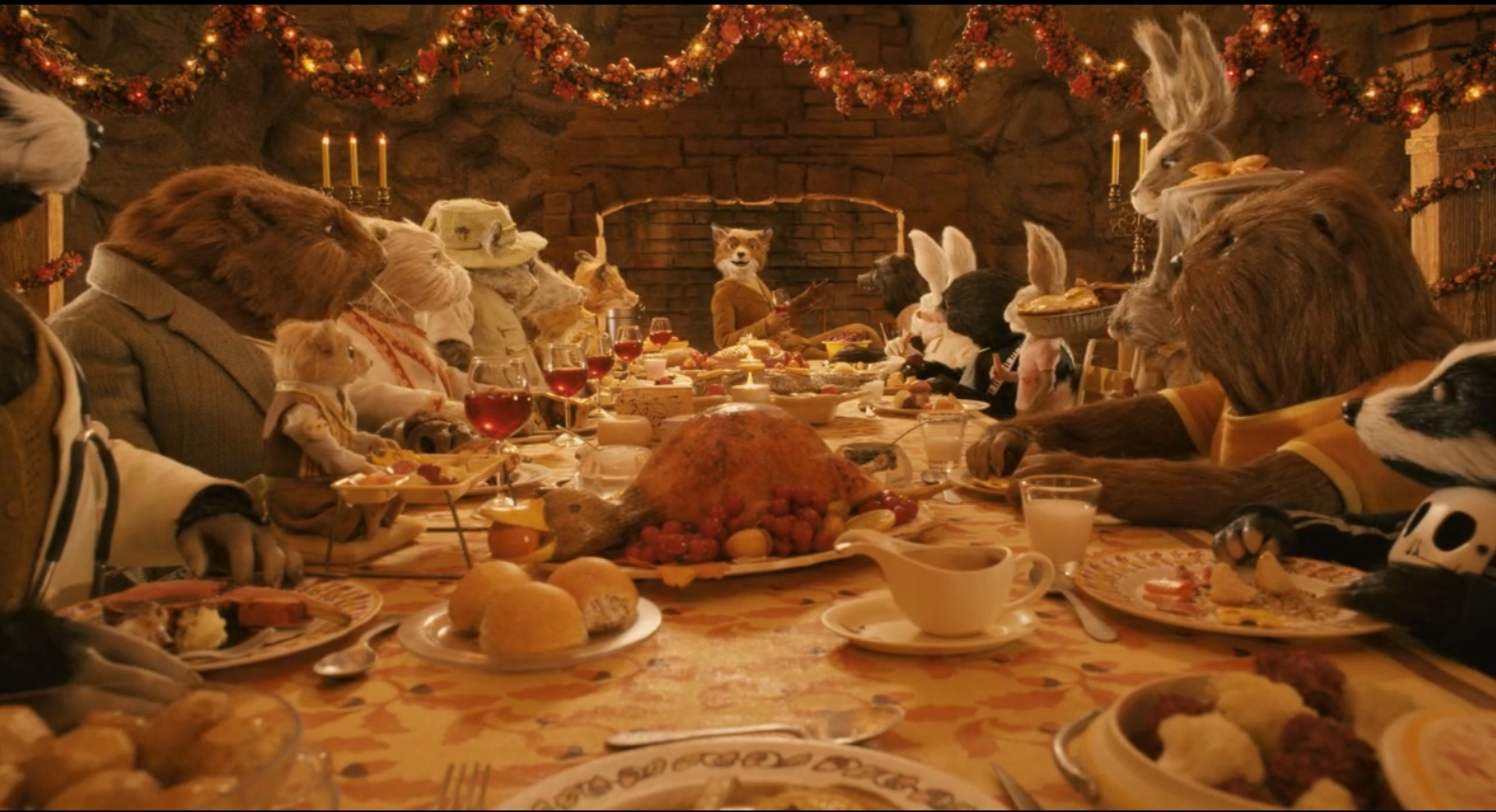 First, let's mention the most important thing in an animated film: how it uses the art of animation. As shown in the screencap, Fantastic Mr. Fox has an earthy colour scheme which is not only drop-dead gorgeous, but gives the movie a rustic, down-to-earth mood which helps to immerse us in the similarly down-to-earth family drama. Like Wes Anderson's live-action movies, Fox has a geometric and rigid style of motion, but it works even better here, where you have complete control over each frame. Overall, the animation has a sense of pinpoint precision in its speed, how it blends with the background, and in its deadpan style of visual comedy. It's like Chuck Jones on a higher budget, and it makes for an immensely visually satisfying experience.

Calling back to the ''rustic mood'', another thing the animation accomplishes is giving the animals a real sense of community. Notice all the little details in the screencap: the beaver bully is the only one with his elbows on the table, there's a rabbit woman bringing food, with her kids sitting next to where she's supposed to be... this kind of attention to detail is present throughout the whole movie. The background characters are given personalities through these visual nods, but they're also given relationships to each other. They don't feel like atomized individuals, or even atomized families, but like a cohesive, realistic community.

Foxy, and by extension his family, fit into this realistic community as realistic individuals. It shows in the main story of Foxy, the former town chad who puts the community in danger by refusing to let go of his heyday, but is way more pronounced in his autistic son Ash's substory. He's sort of like Lilo or Hiccup, in the sense that his story is about dealing with being a loser, but while those two are shown as ''quirky'', Ash is genuinely pissy and unlikeable. His arc doesn't even end on him being fully redeemed, just with him admitting to himself he has a problem. What I'm trying to say is, the movie may be a ''charmer'', but it's not a ''crowd pleaser''.

This ''charm'' doesn't just lie in what I already mentioned, but also in Foxy and his conflict with Boggis, Bunce and Bean. They have serious consequences, as I already said, but the heists and revenge attempts have such a sense of giddiness to them. There's always some inventive quirk that keeps them interesting. For example, one heist is seen through security camera feed, in one continuous shot. It's all backed by the twangy score and Bean's hysterically funny angry outbursts. George Clooney, who voices Foxy, is cool as a cucumber, and delivers his lines with precision that does the animation justice.
While we're on the topic of voice acting, Foxy's ''straight man'' wife is voiced by Meryl Streep, and she killed it. I've seen the movie 4 times and every time, her line in the waterfall scene (you know which one) hits me like a dump truck.

All this praise can be boiled down to one theory. Chuck Jones, the greatest animator of all time, believed that a good filmmaker should have interests outside of film, otherwise your work will feel uninspired. Well, Fantastic Mr. Fox is the poster boy for this philosophy. Wes Anderson could've never created this tangible community if not inspired by a real one. He could've never made Ash a realistic loser if he hadn't known one in real life. It's a labour of pure love: love for one's friends and family, love for the art of animation, for the Texan countryside, for the book it's based on. It oozes that love from every pore, and if that's not a mark of a great movie, I don't know what is.
» More about Fantastic Mr. Fox
» More reviews of Fantastic Mr. Fox
» More reviews by Tramuzgan