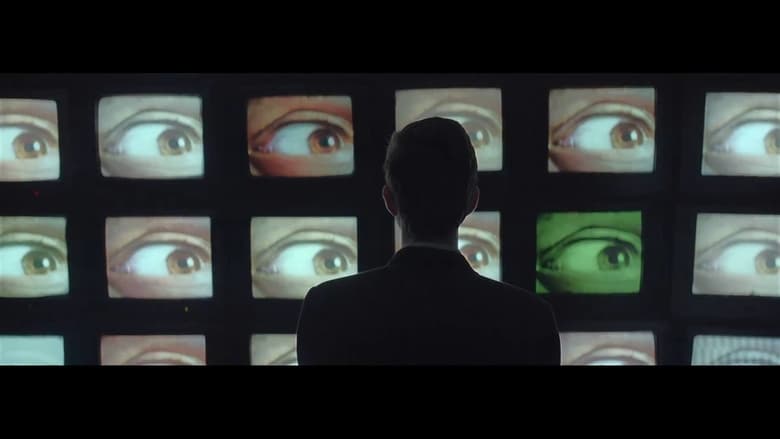 by mattiasflgrtll6
posted on 1/31/20
in
THIS REVIEW CONTAINS SPOILERS THROUGHOUT.

The Turkish government starts installing new TV antennas all over the country in preparation for the state-mandated propaganda show The Night Bulletin. Mehmet, who works as a superintendent at an apartment complex gets the job of supervising the installation of it. But strange things start happening right away. A tenant falls off the edge of the roof, and a thick, black slimy subtance begins penetrating every area of the building. And he's the only one who seems to notice something's wrong...

This is one very spooky sci-fi thriller. You're really drawn into this bleak, uncompromising world where everything is tightly controlled and any unfortunate mishaps are quickly brushed over. When one of tenants fall off a roof taking a look at the antenna, nobody seems to care how exactly that happened. "Work accident" is the only explanation given. This nonchalance over a tragedy is pretty eerie right away. Even Mehmet doesn't question it at first, only hoping he can stop dozing off at work all the time.

The cinematography contributes a great deal to the unsettling atmosphere. The attention is directed to every weird thing that's going on, most of all the disgusting black liquid penetrating every area of the building. The night time scenes are darkly lit, but never hard to follow. Every storage room have a very haunting look, like nobody has been in there for years.

The music is terrific throughout. It sells you on the creepiness and danger of the situation. You also get stressed at various moments when a character is in danger and the soundtrack increases the tension.
Not to mention the sound design, they did a great job of making the black liquid sound just as gross as it looks.

Ihsan Öhal, gives a good mostly muted performance. Much like the audience, he's simply an observer. Once Mehmet takes matters into his own hands and has to do some deep digging of his own after getting ignored, he gets more and more emotionally affected by the horror that's been unleashed, and he portrays this transformation very convincingly.
A big standout is Enis Yildiz as Farat. When he accidentally eats the black ooze as it penetrates his food, he goes from a regular family father to a coldblooded psychopath. The look in Yildiz' eyes as he menacingly walks around with a scissor is the creepiest thing in the entire movie. The part where daughter Cemile hides in the wardrobe hoping she won't be discovered is especially intense.
Elif Cakman is good as Cemile, at her strongest when she tries to flee from her father.
The final scene Cemile's in really stayed with me. Farat stabs her in the back with a scissor and you presume she dies from her wounds. Then she turns out to be alive, but instead of making out of there slowly dies, her breath slowly being taken away as she gasps in a raspy voice. It's absolutely terrifying.

The social commentary is woven into the story very well. People get so brainwashed by The Night Bulletin that they don't notice the black liquid slowly reaching and killing them. And as Mehmet finds out, they already know about the black substance reaching the building. It was planned from the start. The faceless individuals you see in the last act represent those who've had their voices and individuality taken away completely, now nothing more than servants for the government. A message about the importance behind freedom of expression has rarely been communicated as effectively.

This has all the makings of a future cult classic. Hopefully more people will be as enthralled by it as I was.