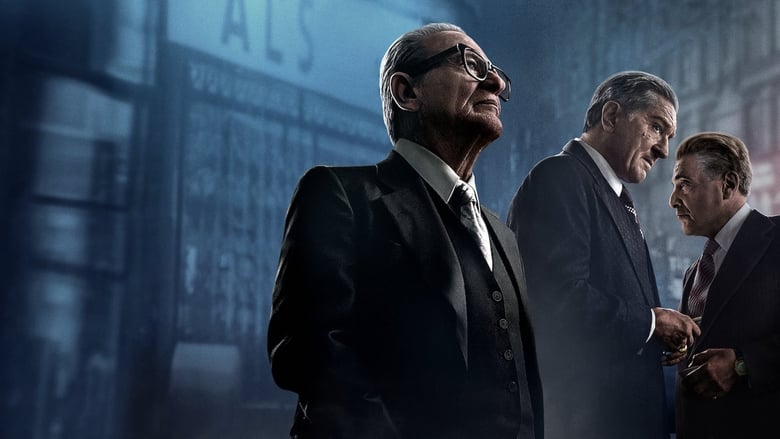 by TheUsualSuspect
posted on 1/15/20
in
The Irishman 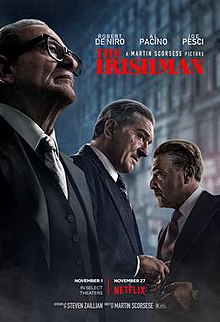 Scorsese gets his opportunity to tell his "closing" gangster film in what many consider a swan song for a lot of these guys. Scorsese has no intention of slowing down or stopping, but if he did I'd be content with this being his last film. It's a reflective movie and one that they could only really make at this point in their careers. With that being said, it does show the cracks under the cgi masks when you have a 70+ year old man trying to look and act younger. The de-aging might be passable, but having someone "act" younger is a harder thing to do. Seeing DeNiro try his best to beat up a grocery clerk is a little embarrassingly distracting.

I find it hard to watch movies late at night at this point in my life. Working all day, coming home to a couple kids and having very little time to myself, mainly from 9:00 pm on. So when I sat down to watch this 3 and a half hour epic at 9pm, I half expected to turn it off mid way and finish the next day. Much to my surprise I watched the entire thing in one sitting, engrossed with the performances, pacing and story. Yes, it's is a long movie and you can sense that throughout, but it doesn't 'feel' long. I never checked to see how much time was left or wondered about it. I was in their world, part of their lives.

Everyone involved are bringing their A-game. It's nice to see Pesci back in film and subverting everyone's expectations of him. You expect him to explode at any minute, since we are used to this in his previous performances (Goodfellas, Casino, Home Alone). Yet he never does so much as raise an eyebrow. It's almost unsettling. Why is this man so calm all the time? That makes him scarier. Pacino seems the most lively here, with the most pep in his step as he finally got the chance to work with Scorsese and it flows nicely.

This is the anti-Goodfellas. It doesn't indulge in the lifestyle, it reflects on it. You expect Scorsese to give us an epic tracking shot to a memorable soundtrack when someone is about to get whacked...but we never get it. He starts it off, but ends before the pay-off. I found the denouement with DeNiro going through the motions of finding a plot, paying for a casket, tidying up loose ends in life...hauntingly real. I've spent some time in old-age homes and seeing DeNiro sitting there with no one to see him made me reflect on my own grandparents. Here is a guy who had a wild life, responsible for some crazy things, being just another old person in a home where someone else takes care of him. Surprisingly made me wish I got to know more about my grandparent's life when they were younger.