by mattiasflgrtll6
posted on 5/19/19
in
I DON'T CARE THAT THERE ARE SPOILERS, YOU SHOULD KNOW WHAT YOU'RE GOING INTO.

(This was the only unscary screenshot I could find) 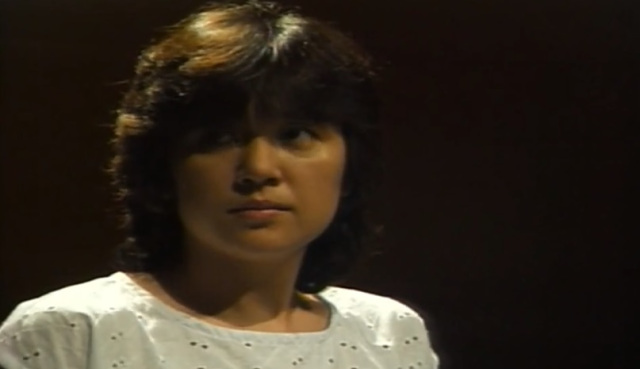 This is probably the most meanspirited horror movie I've ever seen.

No point talking about a story, but the structure goes like this: every form of torture is split into different chapters, beginning with "Hit" and ending with the most infamous one, "Needle".

The movie starts off with an opening crawl with the owner claiming they got it under the guise of being an experiment, but it's really just an excercise in cruelty. Boy, could that have not been more correct.

The first segment shows the poor woman (identified as Yegg by the kidnappers' dialogue) getting slapped around relentlessly, while the second shows her getting kicked down over and over again. While it's not the most violent one, it's the most psychologically disturbing since they keep taunting her by telling her to stand up only to kick her down again, while also calling her names. It was sad since you felt so bad for her being so powerless to do anything to stop the pain.

"Unconscious" I suppose was the least hard to watch since all they did was spin Yegg around in a chair until she threw up, but even that one still makes you go "Oh geez, that's gross."

"Guts" and "Needle" are at the end, and are by far the most harrowing segments. The former isn't very violent, but seeing the kidnappers throwing more and more sheep guts on Yegg just laughing like it's some kind of a joke made me so angry and sickened I came close to almost turning it off. Those have got to be the most evil laughs I've ever heard. Needle is very painful since the kidnappers really go all-out torturing Yegg, hitting every nerve in her body, and proceed to stick a needle through her eye so it fills up with blood. I'm surprised the director even had the restraint to not make the eye pop out.

Like I mentioned earlier, there's not a single resemblance of a plot. You see a woman get tortured, that's it. There's no good character writing, acting or dialogue. The spoken lines that are there entirely consist of the perpetrators shouting insults at Yegg. Even the actual directing is not great. There are pointless slow-mo shots and there's no beautiful cinematography or art direction. No thoughtprovoking message or deeper meaning to be found either.

But one thing it did succeed with: It felt real. I felt like I was in the room with the victim herself. I could feel every struggle, every ounce of pain, the desperation in her voice. The fact that the kidnappers seem to have no motivation to do any of this makes the various torture methods even scarier.

I do not recommend this film. But if you really have to watch it, I suggest you do it with all lights on, and never forget what you're watching is just a movie. Otherwise, you might risk getting nightmares. And I sure as hell know I wouldn't want any of *this* in my dreams.