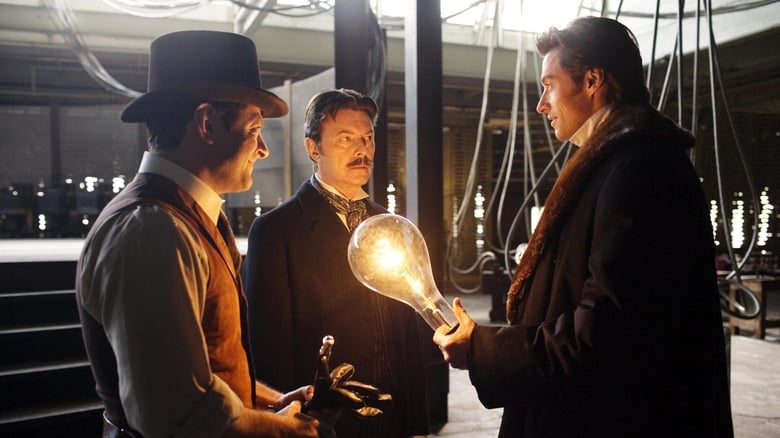 Genre -- Mystery Thriller
Premise -- After a tragic accident, two stage magicians engage in a battle to create the ultimate illusion while sacrificing everything they have to outwit each other.

Upon a re-watch, I can say that this is Nolan's most overrated film. It contains a minimal amount of his strengths and a noticeable amount of his weaknesses.

The plot is complex, well thought-out, and unrelenting as it gradually unravels; I give the film that. But when you consider that it closely mirrors an existing source material, The Prestige isn't as original as it seems. Another positive is David Bowie's perfectly cast and memorable performance  a definite highlight for me.

Unfortunately, I've already run out praises. The score, lacking a Hans Zimmer punch, feels forgetful; there is no motif that we can attach to the atmosphere of The Prestige. The cinematography and imagery are equally forgettable, though one can easily forget that when spellbound by the magic happening around him/her.

Nolan has never been good with dialogue, and this lapse in an otherwise talented filmmaker shows in several places throughout the film. Example: the scene where we meet the magician trope for the first time. Here, there's plenty of room to introduce character traits with efficient, playful dialogue, but we're instead left with drawn-out, monotone, and expository back-and-forths. Even with Christian Bale and Hugh Jackman's solid performances, they still come off as having the personality of a tin can.

Like every good magic trick, The Prestige has a twist leaving us wanting more. While I acknowledge its quality, its execution still leaves me a bit puzzled. Without spoiling anything, I'll just say that I prefer an ending which leaves the audience to interpret the illusion for themselves. Or maybe cut the 20 minutes leading up to the twist that feel as slow as molasses.

However, despite these flaws, The Prestige still deserves three stars for its technical proficiency. Yet, I am about as impressed as a person who watches a trick where the bird simply disappears, and does not appear again. This film is missing something.