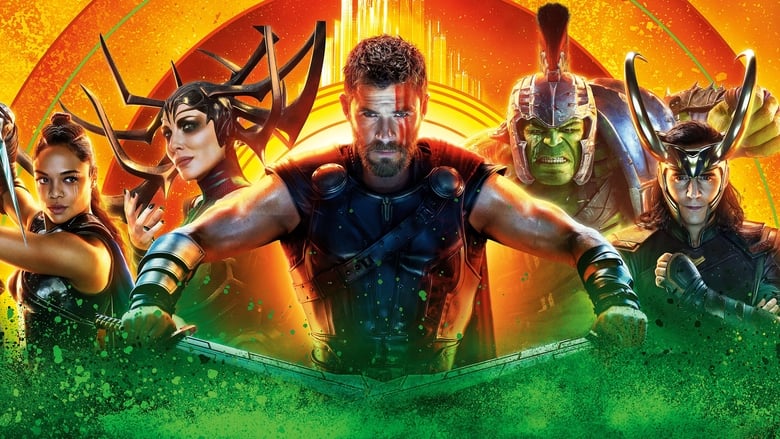 by TheUsualSuspect
posted on 3/27/18
in
Thor: Ragnarok 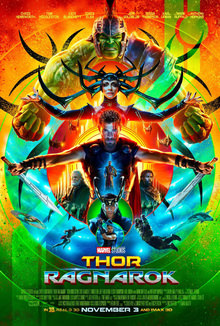 The best Thor film and possibly the funniest Marvel film to date. Waititi has taken a character whose solo outings have been a bit on the lacking side and has injected some much needed comedic fuel mixed in with vibrant colours to give the film series some life. Ragnarok brings some loose threads together for the MCU story-line, while making sure the film stands on its own two feet.

Odin passes on, which gives Hela the opportunity to come back and take over Asgard. Is she just another villain that needs to be stopped? Well, she just so happens to be Thor's older sister and has the power to destroy his trusted hammer. So she means business. While trying to escape, Thor is thrown into a vortex that brings him to Sakaar, a collection planet of trash, people and 'things people do not want'. It's ruled by a wacky guy known as The Grandmaster, who likes to have Gladiator style fighting matches and he's finally found a worthy opponent for his champion in Thor. Thor must fight his way out of Sakaar and save his people from complete destruction.

There is a flashback sequence that one character has that is pretty impressive with the camera. It showscases a certain kind of slow-mo camera technology that feels like a moving painting. It's mostly done with the trick of lighting and it looks really stunning. Waititi, known for his comedy style more than action, handles said action pretty well for himself. I was never lost in the fight and he actually throws in some nice 'comic-book' visuals to make it pop. Seeing Thor jump in the air to attack some nameless badguys, while surrounded by lightning and having Led Zeppelin's Immigrant Song blasting was fun.

Goldblum is Goldblum, there is no other way to describe it. You know exactly what you're going to get with him and he seems to be enjoying it. New additions also include Karl Urban and Tessa Thompson. Both do fine jobs with Thompson given a little more to do. She'll be a key figure in future films I'm sure, maybe even a possible love interest for Thor now that Portman has decided to stop making these cash cows.

Ragnarok means the complete destruction of Asgard, so the stakes are high here. We also have a female villain, something relatively new to the MCU. Cate Blanchett has a lot of fun with the role and is really hot. I couldn't stop thinking about her messy black hair and messy mascara. Sorry, sidetracked there for a bit.