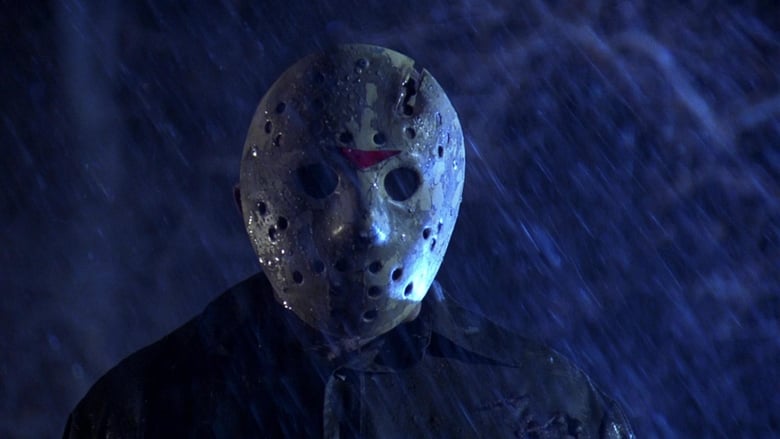 Friday the 13th: A New Beginning

by Joel
posted on 1/30/18
in
Friday the 13th: A New Beginning (1985)
Director: Danny Steinmann
This entry into the Jason Vorhees franchise got completely burned at the stake because (spoiler) it wasn't actually Jason doing all the killings, and because it was more of the same. "More of the same". Well, that sums up every slasher film, doesn't it? It's always the same. Nudity, sex, death. What stands out in this part V of the Friday the 13th series isn't just "more of the same" but also the "hit you over the head" humor that seems to have been completely missed by anyone I've seen talk about it.

A New Beginning is absolutely hilarious. We get television sitcom styled comfortability with endearing performances only to see these Full House styled characters die a horrible death minutes later, if not sooner. The dialog is so over the top when it wants to be. Yes, we get more nudity, TONS more, and that's OK by me. Nudity is good. We get more violence. Well, that's kind of what these types of films are about, anyway, so...

There's this blatantly obvious clue that keeps popping its head up around every corner as to who the killer really is. The way this is handled made me almost choke on laughter. Yes, the director knew very well what he was doing. Danny Steinmann is a very, very funny man. Almost every scene is written with obnoxious comedy in mind. The way these yuks are carried out is a hoot, too. A balding, middle aged partier waits for his hot date waitress as he sits in his hot rod, sniffing cocaine with the music blasting. A line goes up his nose and he just says "ehhwweoeh!" A stuttering geek tries his hand at seducing a ginger haired hottie on the couch late at night. " I want to make love to you." This is a superb installment into the Friday the 13th canon.

Things just keep getting more ridiculous by the minute. There's no way to cover everything and I wouldn't want to. As much a fan as I am of the high camp featured in F13 6: Jason Lives, I am now in the camp of feeling strongly about part 5 A New Beginning. It's just so damn funny. It gives the viewer exactly what they want when it's time to shut the brain off and watch some cheap horror. Hey, the editing is good on this picture. It's tight. The writing of the characters is fun and very obnoxious. How can so many critics miss the camp appeal of this film, I am astounded that it has been dismissed so flimsily.

People talk about about this film and that film as being "in a class its own because of this or that, even though it's just a typical kind of formula. Uhhh, well!?! That's this movie right here, duh!

I enjoyed this movie. I'd seen it several times over the last (coughhack!) odd years, but its never dawned on me how goofy and fun it is, even for a story that centers around ruthless murders of young people. Maybe I'm not the only one who should rewatch it, take it for another spin?