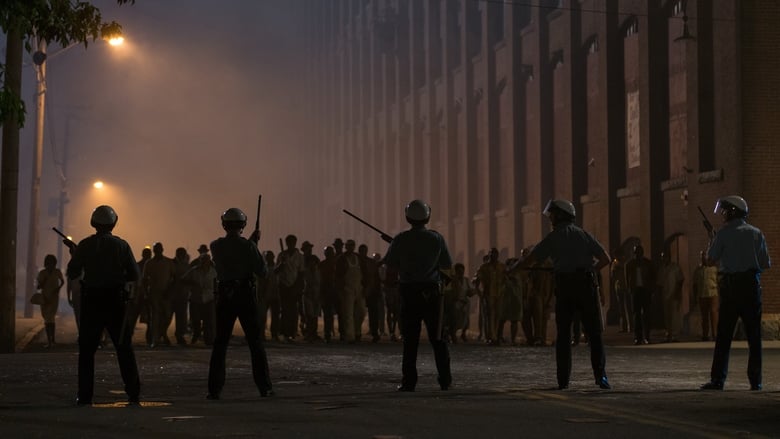 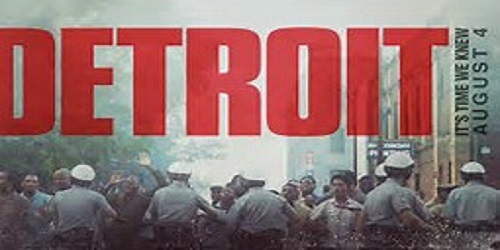 Plot: Takes place during the riots in Detroit 1967. The riots begin after the police take down a speak easy during a coming home party. During the four days of the riots the police respond to what appears to be shots fired from a hotel called the Algiers. The police brutality that takes place in the hotel is the central conflict of the film. 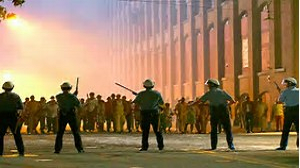 My take: I was in heaven during the first hour of this film. The way Bigelow stages this riot is flawless. The camera movements makes you feel the chaos in a visceral way. The dialogue during this section is splintered which also allows you to be immersed in the chaos. Adding to the realism is the cuts between the characters in the film and raw footage from the actual riots. Definitely gives you the feeling that you are watching a news cast.

The time spent in the Algiers is also very good but it is where the script has some missteps in my opinion. Lots of great acting and some very emotional moments but they hit the nail straight on the head a couple too many times with some character moments. The standout characters are Dismukes (Boyega) and Krauss (Poulter). They represent the best and worst of what is transpiring so certainly give us our entrance into the compassion and hate we will be feeling during the Algiers sequence.

Dismukes is an especially interesting character. He acts just as most people looking at these situations from the outside would say you should act. He tries to be a help to the police. He tries to intervene when he knows people from the neighborhood are headed for trouble. The fact that all his effort ends up feeling futile and how that manifests itself through him makes for a great character arc. It really hits home the empathy that this film ended up drawing from me in an unexpected way.

The last third of the film is the weak link but no less important than the rest. Things begin to settle down and we see the way the situation at the Algiers wraps up. This is where Dismukes gets his most interesting moment. It also leads us to what will probably go down as one of my top ten favorite endings. We end on a song of worship from a character. I don't even remember any of the words of the song but the earnestness that it is sung with and what it means for the people in this neighborhood and the character who sings it brought a tear to my eye. 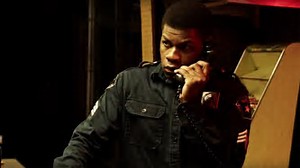 Detroit is a prayer of freedom: It is so easy to see the vandalism that results from these riots and judge the participants. I admittedly have done so and there are people in the film from the neighborhood that do so. Why destroy your own neighborhood and hurt the businesses that are run by people who are under the same oppression as yourself? It is an easy question to ask and a fair one. I think the answer is probably hidden within that very question if we look deep enough. How trapped, marginalized, and exhausted must a person feel to destroy their own home? We are doing a disservice to the people and events if we dismiss this as criminal behavior. Obviously this type of violent reaction is not productive in and of itself. It should make the oppressor take notice in a way other than judgment though. The people of Detroit wanted and needed freedom.

What would you do for freedom, and more importantly what is true freedom? Why when we have come so far in our culture, so integrated, and so rich are we still fighting the same fights that we have always been fighting? Will we ever come to a place where everyone feels completely equal and finally free? The answer in the physical realm is undoubtedly no. That answer is unfortunate but it should be apparent when we have smart and educated people calling multi-million dollar athletes slaves. Or when we have spiritual people calling our government religious oppressors when there is a tax free building of worship within walking distance of your chosen place of residence. I daresay man has never been more free than he is in modern western culture. Yet still we fight, spit, and accuse.

It is frustrating, and probably even more so to many people because the answer to this human condition is a spiritual one. We will never find the answer in a broken world. That is because we were not made to be broken. We were made for a spiritual existence and that is very hard to accept or find in our state.
In short we could find some peace in this place if we turn our prayer for freedom into a spiritual one.

I am so pleased that the film Detroit was made. I have been pondering it for weeks and it has really opened my eyes to some of the things that are happening in our culture right now. I couldn't recommend this film more. I am surprised I am not hearing more about it, and would love to hear some other views on it even if they are opposing. 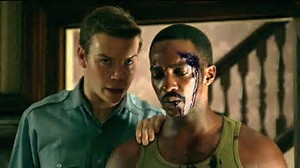 Galatians 5:1 “For freedom Christ has set us free; stand firm therefore, and do not submit again to the yoke of slavery.”