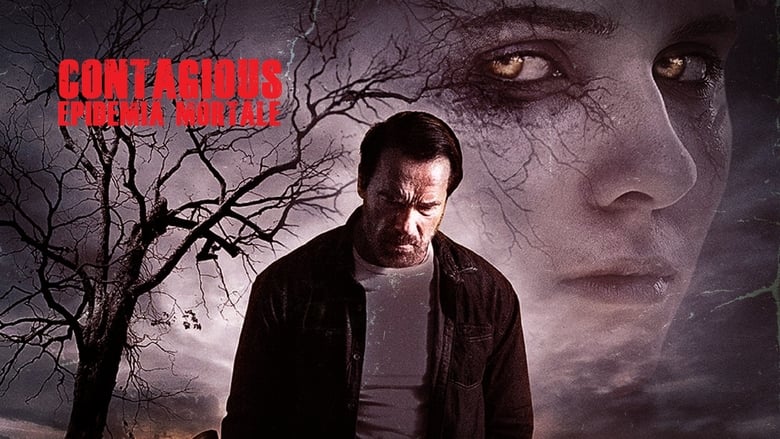 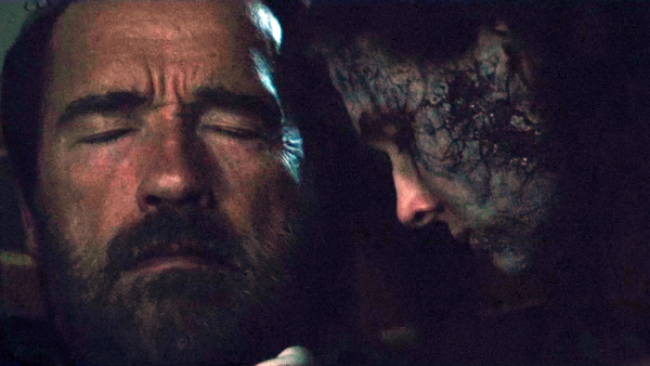 A virus outbreak is the source for zombie mayhem, which in turn affects Wade's daughter Maggie. But instead of trying to rid of her as soon as possible, he stays by her side, never wanting to let go...

Does that sound surprisingly sentimental to you? Well, it's not really actually a horror film. Sure, it's horrifying, but its main intent is not to scare you. It's to make you invested into a father/daughter relationship under unusual conditions.
This is actually... pretty good. If you want something else than the par-for-the-course "shoot 'em up" zombie flicks (or just Arnold flicks), this is worth checking out. I can't say this was top priority for me when it comes to Arnold vehicles, but he gives a really good, subdued performance as a father who lives his family over everything else. It's when his silent and just shows emotion with his facial expressions when he says the most about how he's feeling. He makes this movie a lot better than it otherwise might have been. Abigail Breslin is also good in her role as the infected daughter, and very realistically slowly portrays the change from human to zombie. The movie is at its strongest when we see the two of them interact with each other, or we get a look at just how painful it is to become a monster you're afraid of yourself.

The dialogue is a bit cut and dry, so it's up to the actors to make it seem more meaningful. And it works. Nobody does a bad job here, the acting varies from very good to at least competent.

The cinematography wasn't that great at first. It had that typical "dark look" meant to simulate depression, but so darkly lit you can barely tell what's going on. Later on however it improved, and we get some pretty nicely shot scenery.

The movie's slow tempo is a bit hit-and-miss with me. In one way it's neccessary, because it makes it more effective as a character drama than an action movie (which it never tried to be). But it also makes the movie feel dragged out, with some scenes hitting a dramatic high point but then not really doing anything with it. This shocking thing happens, well that was it. This shocking thing happens, well that was it. I get that the father/daughter relationship is the main focus, but the stakes are too low. It's pretty obvious Maggie's not gonna be quarantined, but the movie tries to convince you that could, could happen.

The first thirty minutes also nowhere near as interesting as the second half, with so little going on that you are kinda begging for it to go somewhere.

The ending is admirable how it's handled, but in a way also a bit of a whimper. It would've been more emotionally effective if we actually got to see Maggie turn into a full-on zombie, instead of almost getting there but stopping just short.

At first I hesitated to call this good, but the more I think about it the more emotional I get. So it's at least a 7.5. If you want a nice, sweet little film which shows you Arnold at his most human, definitely give this one a chance.