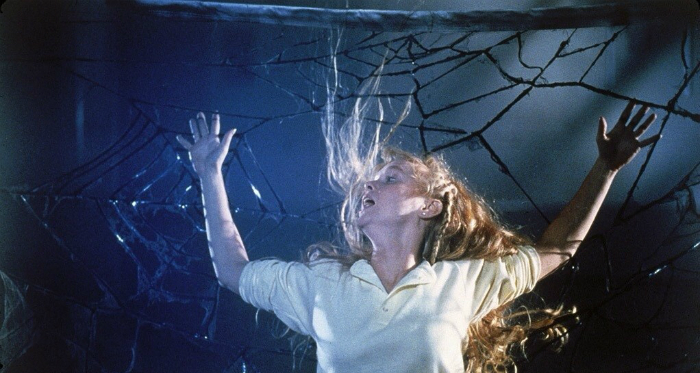 Bruce Pittman does a good job taking over after Paul Lynch, creating atmosphere like a professional, and most scenes are shot beautifully. One of my favorites is when Lyon gets sucked into the blackboard, which is some of the freakiest s'hit I've ever seen.

If just the first half hour was handled better (the opening scene was great, but after that it took a pretty long while before it picked back up), but most horror movies have their flaws. Strongly recommended, don't skip this sequel!


Oh, and that horse scares the hell out of me.