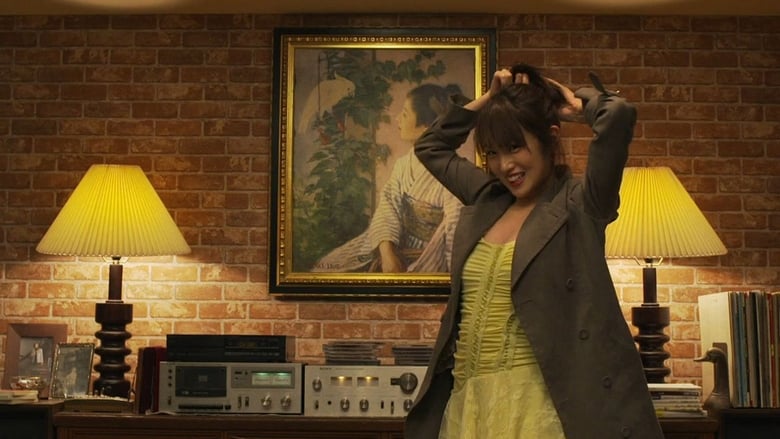 This was my first Kiarostami. Weird starting place as it's his last film and it is not one of his most acclaimed i don't think, i watched it because i really need to see more foreign language films this decade and after stumbling upon this i thought i should kill two birds with one stone. One thing right away that i wasn't expecting was that this was really easy to get into. Don't know what it is but no matter how many foreign language directors i try i'm always pretty nervous their first film that i'll find it very boring or difficult to connect to/follow. Nah, this was a breeze; the dialogue and the way he filmed it created a very natural feeling enviroment. He seemed to film from the exact right distance away and at the right angle that the character you were watching and listening to speak looked like they would from your vision if you were actually sitting across from them (hope that made sense haha), the only difference was that sometimes you were a bit to the side which made it feel like you were sitting next to the person being spoken to rather than seeing it from their point of view. In the first scene he created a very natural feeling bar enviroment too, with the right amount of noise setting the tone and you being able to hear roughly what you would be able to in the conversations in nearby tables. This kind of fascinated me coz i think that's alot of work for something that isn't important to alot of people, i really appreciated it though especially with this film being largely conversational. Another thing i really liked was the taxi ride. That's pretty much the only thing i've heard about Kiarostami; that he likes to film inside of cars. I've actually heard alot of complaints about them, i dunno if they are normally like this but i really liked this one. First of all it wasn't in the film just for the sake of it, it had a few while not crucial, practical purposes for being included. Firstly to keep the feeling of the film going; so it feels like we have carried on right from the first minute rather than cutting to when she gets there which could disrupt the mood, then also her listening to the voicemails while we found it nothing important it still gave us a bit more insight into her character and situation in a very natural and creative way. Other than that it was just good to watch, the various ways he filmed it whether it was from across from her or just outside the taxi filming her, or filming from her point of view it gave us a realistic view of what is a beautiful city. This just applies to this one though, for all i know it is usually annoying and he lightened up here.

The story worked for me too. Loved Akkiko's personality, she was so excitable and talkative; it was great how easily she struck up conversations with Takashi. She was really funny, stuff like her telling a joke then when he laughed she admitted she didn't get it and was confused when anyone laughed really warmed me up to her. I could listen to her for hours, great character and performance. Right from when Takashi was first introduced i knew it wouldn't be about sex, still it felt odd that he was acting all panicky and confused when she assumed it was about sex since surely he had to know that is what the vast majority of her clients would be looking for, maybe it would be a bit awkward to bring it up but i think most people would state that right away or he had it even easier, he could've have told Hiroshi to specify this right away and not only would that avoid this awkwardness but it would make it more likely that she would accept. The moment of the film for me had to be Noriaki and Takashi's conversation in the car. Noriaki while speaking to Akkiko looked like a shady, aggresive a hole then while speaking to Takashi he came across like a genuine person who really cared for her, and i never felt this was an act to impress who he thought was her grandfather. I mean he had gotten engaged to her without telling the family so he really didn't have to do this, it seemed like the way he acted towards her was out of frustration then when it becomes clear that he isn't aware she is a prostitute you take his side a bit. Not just because she is sleeping with other men but the very fact that she is keeping it secret means she has to have been distant explaining his initial behaviour a bit and then making it more understandable when he says she wasn't answering her phone and it is a regular occurence. Still it doesn't completely exonerate him, you still have to question whether he is violent and a few things he says "that's why i want to marry her, she'll have to" keeps you from fully taking either side. There's also some good light humour in that scene; Takashi hesitant to open the window and give him a lighter as well as him trying not to make eye contact with him, as well as him blatantly implying he's not her grandfather "I'm as much her grandfather as i am yours" which for some reason Noriaki doesn't pick up on despite hearing him since he follows it up with "your only intention is to discourage me", and also the initial awkwardness of the car ride when Noriaki stays in. Then that ending my god, Noriaki's shouting completely made that scene, i couldn't feel more scared and bad for both of them but especially Takashi; he was a nice old man who really shouldn't have to deal with this situation and at the same time he was trying to keep Akkiko calm. Glad it was left ambigous too.

Great film. While no individual part completely blew me away, i found every scene and practically every line of dialogue interesting. Looking forward to more from Kiarostami. I'm planning on watching his other 2010's film Certified Copy and i also have Taste of Cherry and Close Up ready to watch so hopefully over the next few months i can make a good start on his filmography.