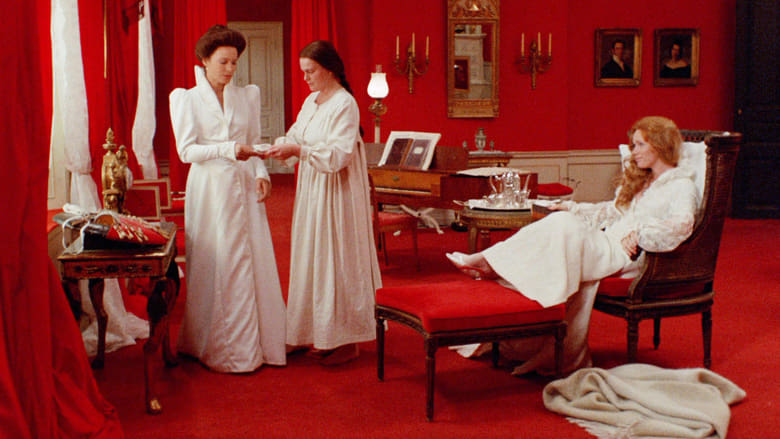 The closest thing to 'the greatest movie of all time' since The Passion of Joan of Arc. The length of shots containing the highest caliber of acting I've ever seen is absolutely astonishing. It's rare to see someone cry on screen without a cut to add teardrops, but to add more length to the shot then most great films would even ever have, and then on top of that to add the most compelling portrayals of suffering and anguish... I have never seen anything like it. The use of color is artistic genius. Everything about this movie is artistic genius. The content deals with the deepest most insightful journeys into the nature of death and love I've ever seen displayed in any media ever. I actually really do want to give this movie five stars. In terms of technique, artistic merit, and meaningful content it's hard to imagine that what's in this film has actually been achieved by mere mortals. The only thing giving me reservation is my own personal interest in the story and content. While the content of death, love, the relationships and that stuff is right up my alley, some elements of the lavish lifestyle of the wealthy and exactly what they chose to focus on and how they portrayed it were slightly boring. If it was exactly the same but in a cyberpunk setting I'd probably give it five stars without a second thought. As it stands I think I need to watch it a few more times and let it grow on me for a few years before I will fully appreciate it. So for now I'll give it four and a half stars, but I think down the road I will bump it up to five. I think I also noticed a few glimpses of overacting, but that really just feels so insignificant in light of what this film actually achieves for the art of cinema. I'm so glad to actually have this film in my possession.

In addition to the movie itself is an incredible interview with Bergman in which he opens up and talks in great length about his career, himself, the movie, and other insights alongside actor Erland Josephson. I hear that Bergman was notorious for not giving interviews and not really talking about such things, so it's quite remarkable. Anyone who appreciates art films must see this. Most people would probably find this boring though. I think this is the third Bergman film I've seen, and wow... he has really outdone himself here. This film actually tops everything I've seen by Godard, Ozu, and well... everyone else except Dreyer. This is actually the second best film I've ever seen. I guess one more reason why I can't quite give it that fifth star, at least not yet, is because when I finished watching The Passion of Joan of Arc I actually felt like I had wasted my entire life and I needed to completely change my life. This film didn't have that kind of an impact on me, but it has certainly raised the bar for excellence.