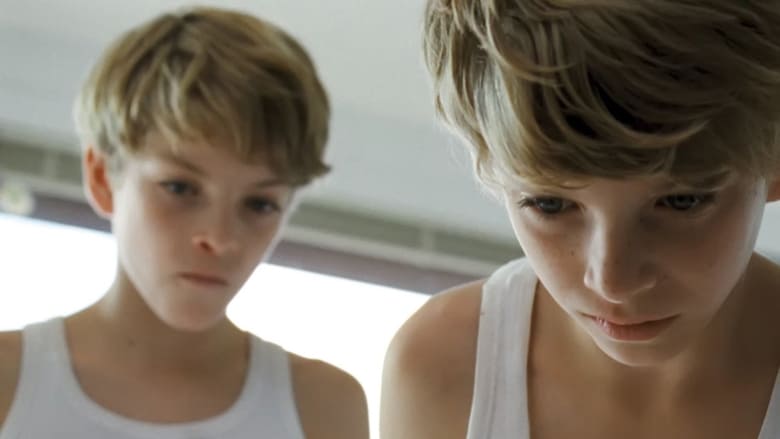 I saw this with my father, and there was a ten minute walk to the car when the movie finished. I spent the whole time rambling like a maniac about the things I liked and didnt like. For some reason, even though I have incredibly mixed feelings about this film, I feel really passionately about it. I think its because the film, or at least what I thought it would be like beforehand, was almost identical to my own cinematic visions - things I see myself creating as a director. This isnt my movie, but I had sort of a vision for it and because it wasnt what I wanted, I was left disappointed. Above that, though, I do think it has genuine problems, albeit those problems are maybe reflections of my warped cinematic sensibilities that are in no way normal.

I felt the film was too bound to its narrative, for example. And in more than one way.

The first way was in the fact that there was a twist. My main complaint with twists is they are really hard to execute well. The fact that it was predictable for me (though I got a hint beforehand which might have helped spoil it, to be honest) is not the problem. I feel with twists a lot of the time the filmmakers will spend more time on trying to fool us than having any sort of interesting character or story, and this film was a shining example of that. The scenes are clever and everything, but a little too much attention was given to deceiving the audience. Of course, like I said, that may be just a misconception due to having guessed the twist early on. May have killed the effect.

The second way had to do with how I personally envisioned the film. I thought the film would be exactly the kind of film I like: a surreal, dark, twisted tale with a broad story and little plot. I thought the mother would be do messed up, surreal, unexplainable things and the kids wouldnt be sure if she was there mother, but would have good reason to doubt it. And these things wouldnt, ultimately, be explained.

I have a vision for my own cinema. Its become very personal to me and that may be good or bad. I fully expect not everyone will like my movies. I dont expect to be great, and Im even gotten to be okay with the thought I'll be bad. What I really want is to capture the things I see in my head on film in a way that satisfies me. I want unbridled creativity set loose. I want fleeting moments. I want our visceral subconscious emotions, something incredibly human and personal, to be captured on film. I want to capture my perpetual state of confusion in cinematic form.

It's a lot to ask for two filmmakers who have never met me and don't know or care about my "cinematic sensibilities". I mean, I dont demand every film be a perfect representation of my own personal vision. Thats something I want to tackle myself. And ultimately, I feel no ill will towards Goodnight, Mommy. Quite the opposite. I love that I saw it, I love that I was excited about it, and I love that it disappointed me. In many ways, this film helped me refine my own vision better than a movie I simply liked or disliked. It gave me a lot to think about, not just about the film itself but about cinema, and art, in general. In that way, maybe my viewing of this film was more significant than of the more significant nature. Maybe there is value to this criticism thing, after all.