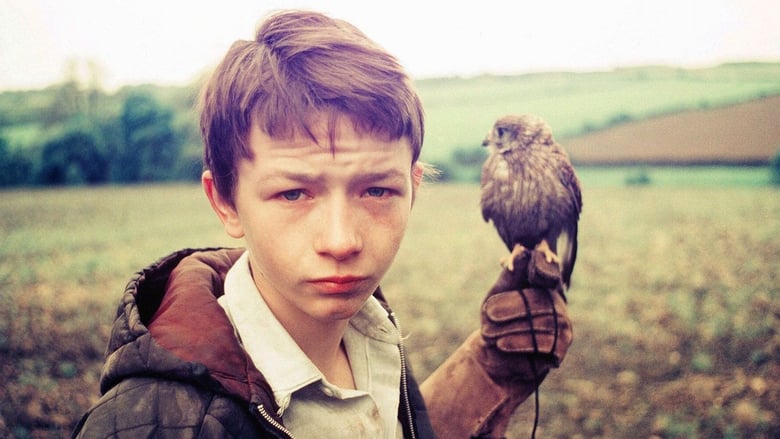 I see now that Kes isn’t going to make the Mofo top 100 of the 1960s which is a terrible shame as it rightly is viewed in Britain as one of the very best of the 60s, indeed the BFI (British Film Institute) has it as number 7 in the best British films of any decade. I had it as my number six, just above A Taste of Honey.

Kes is set contemporarily in the 60s in Barnsley which is in Yorkshire, the North of England. Traditionally at the time coal mines were the way a large percentage of men made their living, and sons followed fathers into the pit. The action is set in and around the home and school of Billy Caspar, a scrawny 15 year old boy in his last year of school. Billy is played by David Bradley and the rest of the cast are also either non professional or people who were starting off as singers or comedians. There’s only one professional actor in the cast and that’s Colin Welland who plays a teacher, and he was almost totally inexperienced having only appeared on a couple of tv shows. This naturalistic form of film is one which Loach has used all of his career but this early film is one of his very best.

Billy’s lives with his mum and older brother, his dad has left home, and Billy is pretty much left to his own devices. He steals, fights, bullies and is bullied. He is an uncared for teenager, so when he steals a baby kestrel from its nest, nurtures it and trains it, he has a focus to his life.

Kes is an authentic film about a boy in a tough society without much encouragement for its young working class. His appointment with the man from the careers department demonstrates that they never given cause for ambition. Even the teachers at school were mostly world weary men just going through the motions and teaching through bullying the children.

This could all make a very depressing film but there are comic moments, albeit with a sadistic teacher. I think any British person of a certain age seeing Kes can identify with the games scene with the brilliant Brian Glover as Mr Sugden the PE teacher who fancies himself as Bobby Charlton.

There’s also some very uplifting scenes specially those involving Mr Farthing (Colin Welland) the only teacher who shows Billy any empathy. He encourages Billy to open up, and recognises that the boy has grit and intelligence. He calls round to see Billy fly Kes and see the shed where he’s made a home for the bird.

When I see this film now it’s like watching a totally different world to when I first saw it back in the early 70s. So much has changed in society. There’s virtually no coal mines left and many of the jobs available for those 15 year olds in Billy’s class would be nonexistent. When I left school you walked into a job, could be dead end but it was a job. Teachers aren’t allowed to casually cane children on a whim, but the problems of lack of hope for some parts of our community remain.