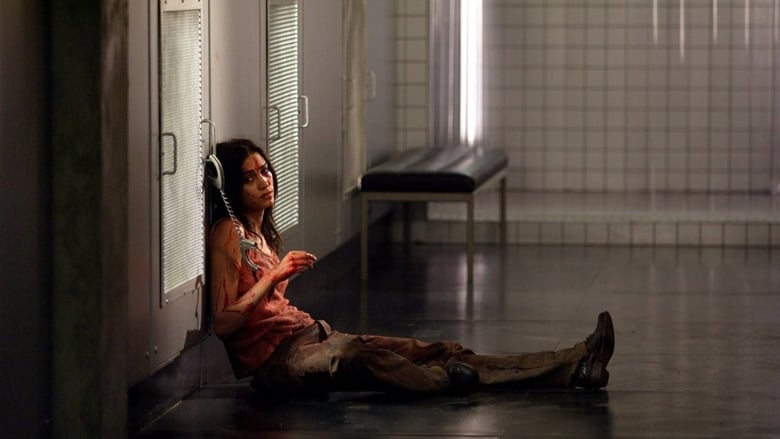 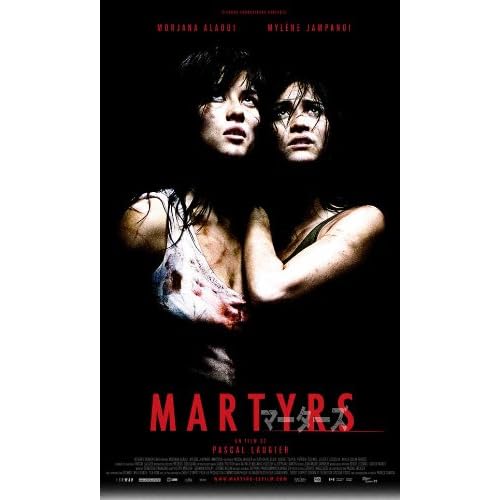 I know this wasn't exactly next on my watch list, but I've heard a great deal about this film, and the general concept for the film seemed to be unique, which piqued my curiosity. So, I decided to check it out, and heck, it's certainly one hell of a ride.

Martyrs follows a young woman named Anna (Morjana Alaoui) who assists her disturbed friend, Lucie (Mylene Jampanoi) who massacres an entire family, after identifying the parents to be her primary abusers during her childhood. However, things don't go according to plan, and Anna eventually finds herself at the mercy of a mysterious cult, who are determined to find out what truly happens following death...

The plot is certainly unique, and it's unlike anything I've ever encountered before. In particular, its management of mental health and schizophrenia is blunt, dark, and terrifying, and I think it is very accurate in its depiction of how testing and horrific the illness can be, which allows us as viewers to understand why Lucie is as paranoid and fragile as she is. Adding to this, I did enjoy how the film delayed revealing pivotal pieces of information that completely changes our perspectives on what we've just seen. For example, when Lucie coldly kills an entire family, we share Anna's scepticism over whether or not Lucie targeted the correct people, for beforehand they're shown to be completely ordinary people with a standard family dynamic that gives us the false impression that such people could never be capable of such systematic and cold torture, that is methodically applied against children, yet when Anna shockingly discovers a torture chamber within their house, you can retrospectively re-evaluate what you just saw and identify certain clues that were implemented into the film.

I also enjoyed the direction too, there were a couple of scenes where I had to look away which weren't too violent really. It's varied too, for the film goes in a completely different direction after the half way mark, in fact, it almost turns into a separate film entirely, but nevertheless, we're still invested in what's happening. Also, when Anna is subjected to the same abuse that Lucie was when she was just a child, we only view snapshots of Anna's imprisonment, that fittingly emphasises the repetitive, yet cold and emotionally detached way that Anna's captors abuse her in order to achieve religious enlightenment, another element that was uniquely explored in this film (which I'll discuss in a short while).

Feminism. Never before has a horror film involved a cast in which all of the major protagonists and antagonists are female, in fact, the only other example I can think of is Suspiria. I also believe that feminism works extremely well when women are presented and established as villains in addition to being heroes, which, for some reason, always raises controversy (for example, Gone Girl was described as misogynistic for presenting Amy in a negative way for being a villain) for women are not only as capable as being heroic as men, but they just as capable as being terrifying as men, that is excellently demonstrated within this film by the leader of the cult.

This seems like a good point to look at the acting, which was terrific. This mysterious leader of the cult, simply named Mademoiselle, was excellently portrayed by Catherine Begin, who beautifully embodied all of her villainous qualities such as being constantly jaded, emotionally distant and subtle arrogance perfectly. As soon as she moves onto the screen, she is unnerving and creepy during her rants on the difference between being a victim and transcending into martyrdom, something she believes is best achieved by young women, and considering she could have easily have transformed into a pantomime villain or overly condescending in her monologues, I can't really emphasise enough how terrific this actress was. The other leading actresses who portrayed Anna and Lucie were both terrific as well, and I hope they go on to have hugely impressive careers, because their performances and bravery in this film alone is worth of that.

Finally the ending, it was brief but fantastic, and the final few seconds literally changes everything, even though we never heard what Anna described to Mademoiselle of what awaits us in the afterlife. However after consulting IMDb and thinking about it over and over, there are distinct possibilities for what could have happened:

1.What Anna described to the Mademoiselle was so beautiful and amazing, Mademoiselle simply couldn't believe how terrific it was, and with her life work finally having been accomplished, she kills herself to experience that new existence immediately.

2.What we as the audience see during the credits, Anna and Lucie playing as children, is what Anna saw during her state of martyrdom, and she concludes her speech by saying "keep doubting" (Mademoiselle's final lines, that conclude the film) because Anna isn't certain whether she is witnessing heaven, or simply re-living her happiest memories. Mademoiselle, undoubtedly having no happiness or joy within her life, realises that what she expected to happen in the afterlife didn't solidify any of her expectations, and seeing as she was elderly, bitter and it had taken her organisation 17 years to produce any results of significance, she kills herself, no longer having a purpose in life.

3. (My favourite, and what I personally believe probably happened) Anna was tricking the cult the whole time. She knew that the cult expected something so divine and beyond their comprehension, that Anna decided to disprove these beliefs by simply telling Mademoiselle that she saw nothing, meaning that Mademoiselle's entire life work had been pointless. And with the head of the institution being removed and with the organisation potentially disbanding, Anna achieves her goal in making sure that no woman ever has to endure what she did, for her suffering ended the suffering of all others. The problem with this though, is that after enduring such horrific torture, Anna probably wasn't thinking rationally.

There are many other possibilities, and this is why I probably like the film as much as I do, because those final few seconds completely changed my perspective on the film, and gave it so much more substance than your average film of any genre.

Anna's torture scenes are too repetitive and are too drawn out as well. For approximately twenty minutes, all we see is Anna being fed (and subsequently smacked if she doesn't eat properly), being beaten up by a thuggish man, having her head shaved and urinating in a bucket. It gets a little bit boring, although it is to show how systematic and structured the cult's torture processes are nonetheless.

It's hard to rate this film, because it's like watching two different films. But, both parts are hugely effective and impacting, and with brilliant acting, writing and directing, Canada once again prove why they often considered amongst the best countries for horror. So, I'll award this film: