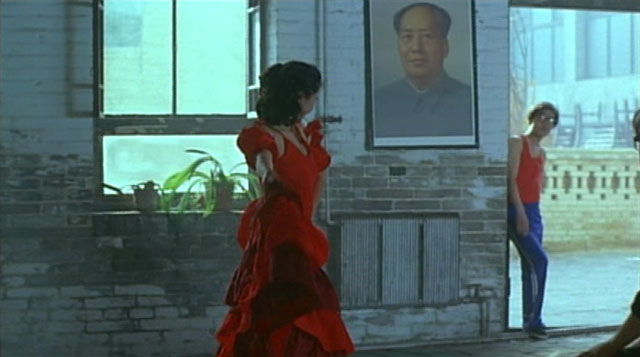 My short review and rating might cause a bit of controversy, but here it goes anyways.

Overall, Platform is one of the most realistic and down-to-earth film I've recently seen. It is honest because the acting is not theatrically superb, nor is there too much drama for the sake is drama, the pace is slow, but our everyday lives are, let's face it, even slower than this film.

This film takes place in 1980s China where changes are starting to take place, society moving from communism to a free market system, and more open views at various things. It is shown using a group of musicians, who are usually at the center of youthful change. Because of this, a setting of a small town far from the bustling cities doesn't feel like a stereotypical Asian country, more like a perfect combination of eastern Europe and orientalist atmosphere.

I've seen some MoFos complain about the lack of close-ups and how the movement and emotions of the main characters are brought to screen. Personally, I love lack of close-ups. It makes the film like many pictures stringed together, with characters and objects placed artistically. It also has a laid-back effect, a great example would be the 1959 Rio Bravo. In a way, Platform is a drama version of it, without any guns and cowboys, those are replaced by faded, old, but subtly beautiful imagery and a score I really loved.

Is this the director trying to conceal the bad acting? Not at all in my opinion, because the actors are not acting flamboyant, distinctive characters meant to be stuck in your head and generate catchphrases and words of wisdom. Over the course of 3 hours, the first reaction we have to these people is unfamiliarity and bit of cultural barrier created from behaviors or customs, however soon we are sucked into their unique world, at least for me.

Of course, I'm a person who does indeed need to be blown away by some aspect of a film, similarly to many Mofos, for a film to become a favorite on a personal level, so while I found Platform to be a near-masterpiece, I won't be revisiting it too often. Thanks bluedeed for introducing me to this film, or else I would never encountered it.