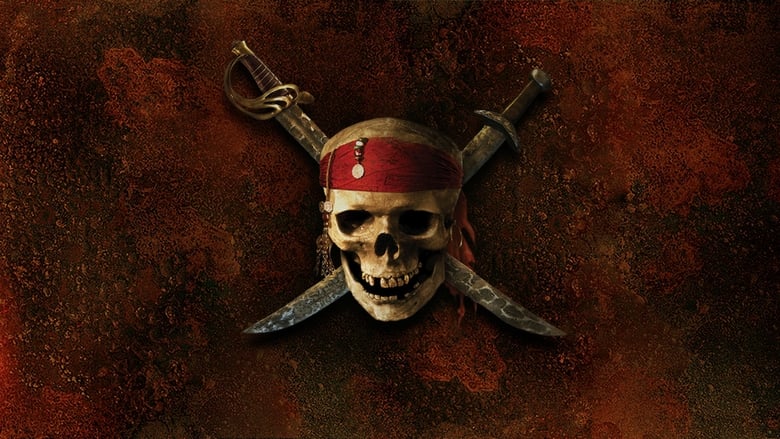 I must say I'm feeling lost at sea when it comes to keeping track
of how many times I have visited and revisited the Pirates of the Caribbean films...

I even remember all the way back in 2003, where I was setting sails towards the local theatre to witness The Curse of the Black Pearl. Even to this day, the undying adventure ride still holds up as one of the best within its genre, and while some of the sequels have been loose canon fire to some, I still enjoy them quite a lotÖ

But despite the potential hits and misses of future films, the very first entry in the series is simply a prime example of how to deliver a perfect adventure movie, in my opinion, holding a vivid cast of wonderful characters, a direction that knows how to bring the story to life, as well as a musical composition that captures the atmosphere and fills out the epic scale to a satisfying level of pirate-perfection! I just love when the score of ëGladiatorí comes on! No wait, never mindÖ So, anyways, this is actually the type of film that could easily be thrown overboard as simply being your typical dumb fun ìrum-comî movie, spelling mistake intended, but I have to admit that this film is simply too well-made to be dusted off as a lazy craft. This movie is, at times, dumb but is never dubious about it, and it has no trouble turning to something a lot wittier either. There are a few places where the movie definitely walks out the plank, yet it never actually wobbles on the way, and when things start to go down, it certainly knows how to make a splash as well! That said though, Iím not the biggest fan of the climax of the film except for a few fun highlights, but as an overall adventure film, I cannot doubt its cleverness. Already by the very opening, the movie sets the atmosphere and its story straight for its audience and we are casted directly into this wonderful world of the old days of pirates and lords, men and cowards, good and evil and so on. And when the man, the myth, the legend himself, Captain Jack Sparrow, is first introduced to the audience ñ with Johnny Depp towering above the horizon on what looks to be a giant ship entering the scene to the likes of epic orchestral music ñ only to witness that it is his major ego, which flows much higher than the small boat he is standing in. This is comedy gold and a great character introduction! By now, we already know the character quite well actually and know what to expect from the film. And on top of that, we quickly feel how comfortably goofy everything is, but while still having control of the scenario, knowing when and where to change the course of action. And if you ever doubted the skills of the people behind this film, you don't have wait long, because as soon as Jack Sparrow and William Turner enter a breathtaking fighting duel, balancing the silly with skillful sword fighting, you know this is far from an ordinary adventure flick...

So maybe on the outer deck, this is noting but a by-the-books blown-out family adventure, with everything we have come to know from the genre, and from other productions having some kind of involvement from Disney. We got everything from the unlikely hero, the prohibited romance, the caring but powerful father and all the way to the notorious duo of stupidity. The latter is especially something we know well from almost every single Disney film, whether animated or not. The classic team-up of a thick idiot and a thin idiot, only this time, we have a double dose of idiots, with a duo on both sides of things ñ good and evil. So clearly, this is a familiar backdrop, but the movie succeeds by creating an original foreground for us, with independent and yet universal humor, adventurous atmosphere, and great characters who lift off their respective cardboard cut-outs and becomes more lively than they were on paper... Itís the same boat, but a completely different crew. I donít even feel the need to parley with the captain of this ship, because Captain Verbinski clearly knows how to sail this ship straight into the waves of success! I love this film for what it is and will always do!