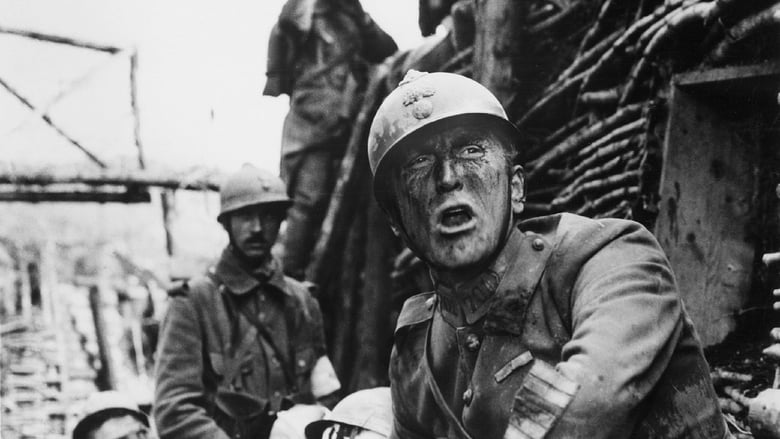 "Gentlemen of the court, there are times that I'm ashamed
to be a member of the human race and this is one such occasion..."

When speaking about the uncomfortable condition of war-related shell-shock, I kind of felt the same way during the shifting situations of sharp tonal transformations during this film. I was simply so surprised at the persistent progression in plot and placement, that every thought and feeling prior to watching this film had to be completely buried. Because, while under the impression that this was some sort of action-orientated war film, I was evidently unprepared for what seemed to be a down-toned drama, during the first few minutes of the film. This impression didn’t last for long though, since the setting soon changed to blown-out “battle bonanza”, which then made me reconsider my initial reflection. But of course, this was only to witness the film eventually alter its focus towards the aftermath of the “anthill annihilation” where the film truly started. Obviously, I should have known better with Kubrick behind the camera, instead of trying to nitpick on no-knowledge-nonsense, where my hopeful necessities were wrongfully going to leave me dissatisfied no matter what... Thankfully, it was only during the first few minutes that I had a hard time finding my standing ground. Everything rapidly changed, once I was comfortably laying in the trenches together with the suffering soldiers of a battle lost in advance…

A big bloated battle was certainly something that got my attention, especially when being expertly filmed and confidently choreographed, but it was the following waves of aftershock that shook me up properly. Once the court room drama started, it was like being locked in confinement with an unescapable lie holding you hostage until you accepted the unacceptable, like it was the case with those in question. When knowing the parallels to reality, it wasn’t that hard to feel the unfair situation of these soldiers, who never even had a chance to make a sensible decision themselves. It was between the guns or the gallows, both of which led to certain death.

During the trial, you constantly felt an urge to step in and change the situation because of the constant sadistic fabrications, craftily constructed by the court and high-ranks present. The same men we had previously seen stiffly walking the trenches throwing out hollow remarks to the actual heroes of war. The entire court even refuses to read the indictment against the men in question, claiming that it is too long and ultimately a waste of their time. The brutal cruelty of this film doesn’t even take place on the battlefield, but outside of it, where the struggle is even greater and death even more unreasonable. Funnily enough, both would be by the hands of a superior power, controlled by the men with the most medals. Even their nonsensical actions can come a long way because of their rank, like turning firepower against those who refuse to obey them and their orders; even when those orders mean certain death.

Overall, the drama taking place in court makes for an exciting film, full of deceitful discussions of subjects like honor and loyalty, coming from those who think they are so full of it. Kubrick knows exactly where and how to raise question marks so that the audience either rebel or rave. He basically made us walk the paths of glory, finding ourselves in the middle of a mess that could never be cleaned, with filth that could never be washed off of our body… and yet we keep on walking. For now, my rating reflects what I think is a really strong film with plenty of potential, which may need another tour in the fields before returning home to finally be awarded with the medal of a masterpiece. When rewatching films like this, I often come across little details that might lift the movie out of the trenches, especially with a film that is so strong on social comments and anti-war themes. As it stands now, I definitely see some war wounds that are too obvious to hide in what may very well be sheer perfection, but I don’t know how strongly I will rank them once I watch the film again. Maybe the flaws won’t even be flaws during a second watch.

But with that said, I was still left rather unsatisfied with the ending though. Not in the sense of wanting more, but feeling like the movie went out too easy, leaving a bigger potential behind for a much stronger ending. Again, it could be one of those endings that needs to be experienced at least once more, to fully grasp the director’s intention and ultimate decision to go with it. I definitely see where Kubrick is going with it, but if I like it that is another discussion to be taken another day. But anyways, apart from a few hits and misses the movie mainly strikes its target for what it sets out to do – even when I think the ending felt like a jammed gun. Well, actually the entire movie is like a jammed gun in relation to the main characters, who are standing on the battlefield of the homefront surrounded by “friendly enemies” with well-working weapons, but the ending still didn’t click with me. It was like walking a path that didn’t end in complete glory, but I look forward to be walking it again; hopefully changing my mind for the better.