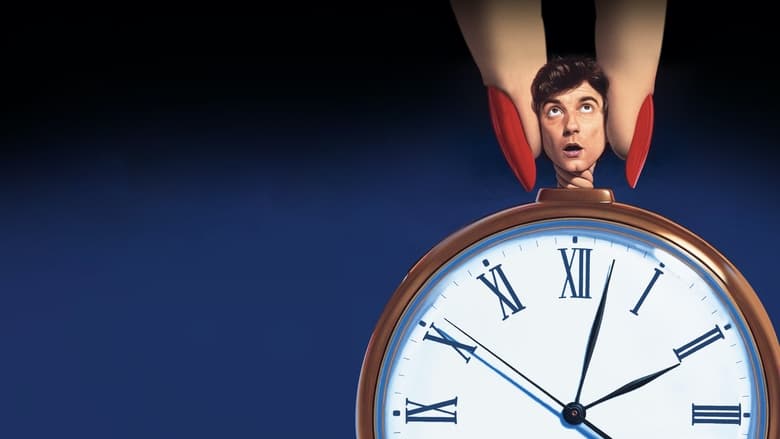 This quirky comedy has been a favorite of mine ever since I saw it for The second MOFO Hall of Fame. Griffin Dunne plays a character named Paul whose life is turned upside down one night as he has the strangest night of his life, starting with making a phone call to Kiki Bridges which in turn ends up as a call setting up a meeting with Marcy (played brilliantly by Rosanna Arquette) whom he had met at a diner previously. My first favorite scene is when he is in the cab and his money flies out the window, this is when you know his night will go to hell. He goes to Marcy's but ends up first contacting her paper macheing roommate, whom falls asleep to his massage.

Marcy comes back and is excited that Paul has come to her place. Marcy becomes anxious and afraid and tells a haunting story about her ex-boyfriend. The two go out for coffee and Paul learns Marcy was married to an obsessed Wizard of Oz fanatic who would scream surrender Dorothy in the bedroom. They go back to Marcy's for recreational drug usage and Paul asked about the paper weights that Marcy said Kiki has. Paul rushes out in the rain and tries to get a token for the train but only has 97 cents. Instead he starts walking and makes his way to a bar where he meets Julie who is a waitress there who writes help I hate this job on a receipt. The bartender there is willing to lend Paul money for his train fare home, but can't get his register open. He gives Paul the key to his place so he can get him the key for the register. Paul gives his keys up as collateral and promises to be right back.

As he goes to the bartenders place he is questioned as being a burglar. As he steps out he notices two men putting a paper mâché statue into their vehicle, but they make a quick getaway. He knows it is from Marcy's and he returns it there to see Kiki tied up. Kiki says the two alleged burglars are friends of hers. He goes into Marcy's room and apologizes to her. However, she is found dead by an overdose of drugs. He reports the death to the police and finds that Kiki has left with her friend. The key he was given had a skull that was also tattooed to Marcy.

Walking back to the bar, he runs into Julie. However, the bar has now closed. They go to Julie's house and Julie asks Paul about his problems as she draws a sketch of him. He hears the bar re-open and Julie hopes that she is not going to leave him. But he goes to return the keys. The bartender receives a phone call that his girlfriend Marcy just killed herself and Paul is to the floor shocked at the circle of events that has happened to him tonight. He runs back to Julie who wants to give him a present. She wants to give him a paperweight from KIki Bridges, but he does not want it. He returns across the street again and the bar is closed again.

He again goes to Toms and is chased by the people who thought he was burglarizing their apartment complex. He then makes his way to an After Hour Club where Kiki and her friend are and pleads to be let in. Paul runs out and goes back to Marcy and Kikis, where he looks out the window and finds a group of people who are seemingly looking for somebody. He tries to take a taxi (the same one as earlier when he dodged his fare) but the driver drives off without him. He meets a girl named Gail (Catherine O'Hara) whom he tells her that he is having the worst night of his life and he cannot get home (reminiscent to Dorothy in The Wizard of Oz as well). She offers him a ride home, but inevitably she turns against him as the brigade of people charge after Paul (including Gail in her Ice Cream truck).

Paul witnesses a murder (and states he will probably get blamed for that). Then yells to the sky "what have I done!! " he begs a stranger for help on the street. He calls the police telling them he is in serious trouble as a vigilante mob is coming after him. Paul tells his nights story to the stranger who let him go to his place to call the police. He sees Julie again who is putting up burglary posters of Paul. Paul runs into a diner and again meets Tom.

He tells Tom that an angry mob is after him who all believe that Paul is a thief. And yet again the ice cream truck finds him. Paul runs back to the After Hour Club that he had went to earlier. It is a rather quiet night there but he uses his last quarter on a jukebox and meets a lady. The two share a dance, but then are told that the place is closing up for the night. Paul however is asked to go downstairs with her. Paul hears noises and fears the mob is again after him. He tries to escape but gets plaster poured onto him. They then decide to mâché him to disguise him so the mob does not see him. She continues to work on macheing Paul even against his own wishes. As she exits the room Pepe and Neil break in to steal the papered Paul. He falls out of the truck and is brought back to his workplace in rather rough shape. 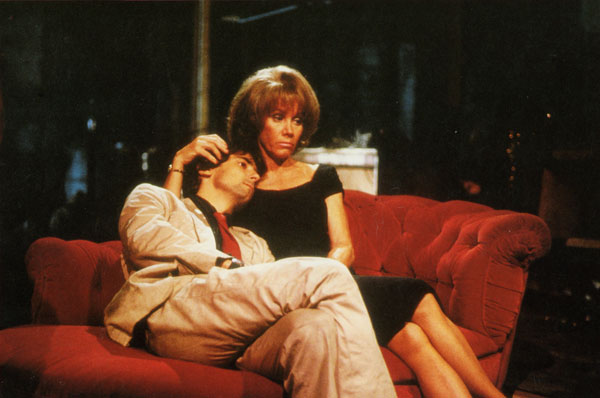 My second favorite Scorsese movie here. An absolute treasure of a film that I love hearing peoples thoughts about. I like the darkness and the atmosphere that the film brings. I also thought that Griffin Dunne in the lead role was a fantastic choice.

The female supporting cast that was unveiled one by one through the film was excellent. If I had to pick my favorite, I'd probably stick with Rosanna Arquette for her role as Marcy. But Teri Garr and Catherine O'Hara were memorable as well.

I don't know why but I find it incredibly funny when the brigade if running after him. I am back and forth on whether or not I believe that this film is a dream sequence or not. I usually think of it as a dream sequence mainly due to some of its parallels with Wizard of Oz and Paul being on a journey throughout the film of trying to get home, when really it should be a rather easy task.