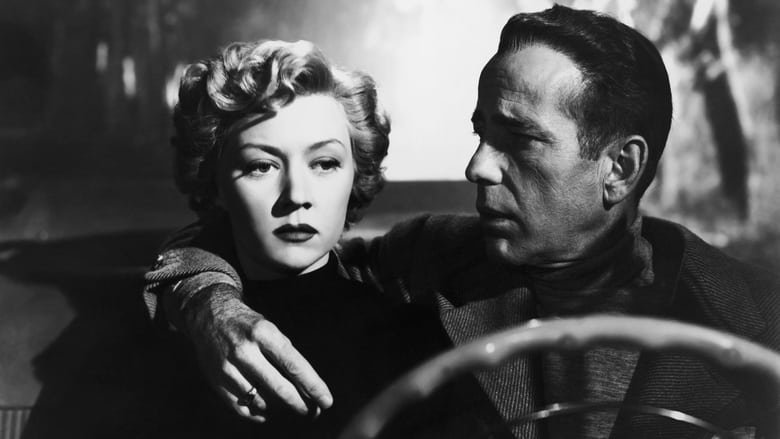 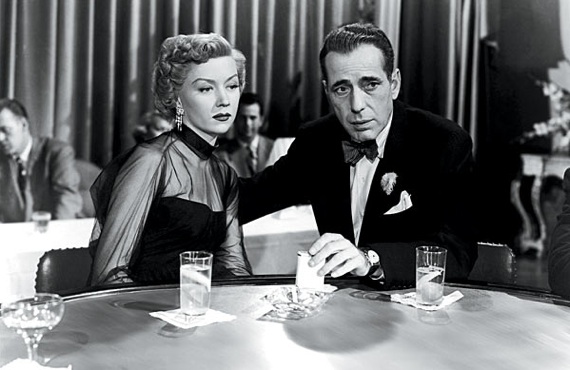 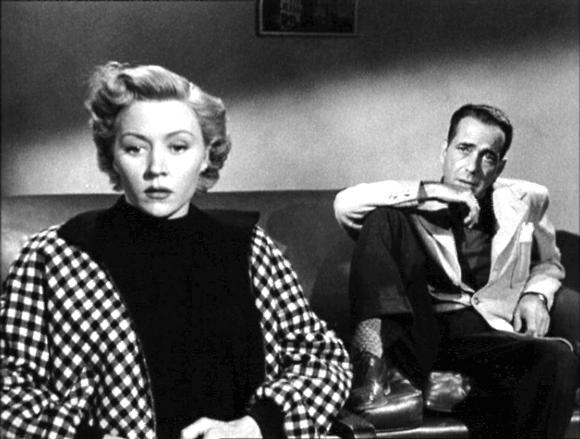 Bogart plays one of his best and most memorable roles in this stylish and very dark film noir, directed by Nicholas Ray.

In my opinion, this is one of the genre's best pictures. It's mysterious, it has a few twists, it's a great character study and it has one of those classic noir endings, where the viewer is left stunned because of how pessimistic and profound it is.
It's amazing to see how daring films were able to be back in Hollywood's golden age. I seriously challenge you to find a contemporary film with major Hollywood actors that is more pitch-black in terms of mood and outcome than this classic.

Furthermore, In a Lonely Place just contains everything I look for in a film. It has a classy and moody setting, it's tastefully directed, it has a couple of great performances, the story is interesting, it has some very memorable scenes and on top of that it also has my favorite actor of all time, Humphrey Bogart, in it.

An absolute must-see for all fans of the noir genre! Fantastic film.

P.S. The scene below is one of my favorite atmospheric film moments of all time.