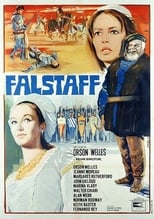 Iroquois With Chimes at Midnight, Orson Welles plays fast and loose with Shakespeare by creating a film that favours a piecemeal amalgamation of multiple plays rather than a by-the-book adaptation of any particular one.
READ REVIEW