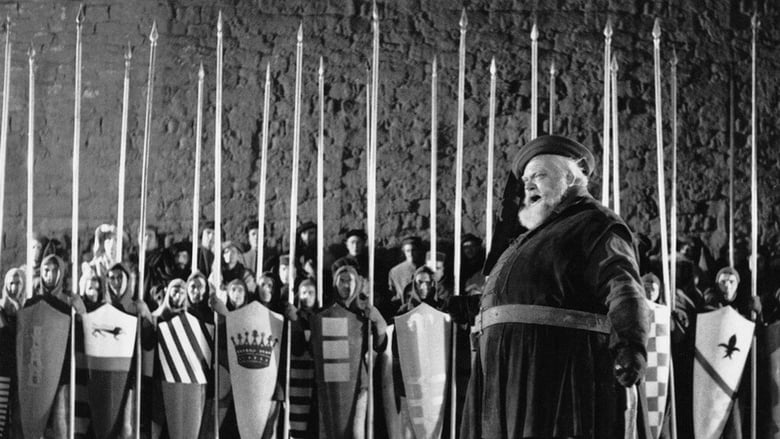 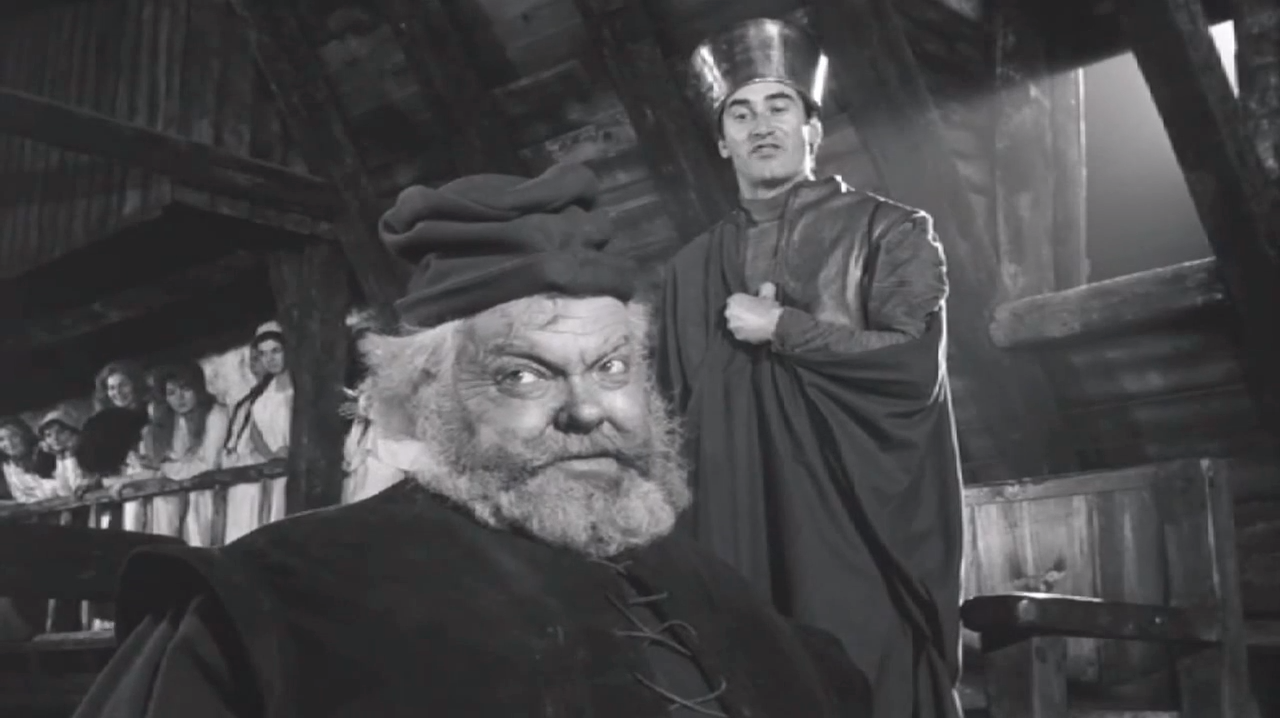 In medieval England, a prince who spends his time around a roguish knight and his followers soon becomes caught up in a battle for the throne.

With Chimes at Midnight, Orson Welles plays fast and loose with Shakespeare by creating a film that favours a piecemeal amalgamation of multiple plays rather than a by-the-book adaptation of any particular one. In doing so, he creates a film that does a good job of capturing the spirit of the Bard if not necessarily replicating every exact line. As the heavyset and affably dishonourable Falstaff, Welles delivers a grandstanding performance as he presides over a good cast that run the gamut from thieving low-lifes to stuffy noblemen, all of which are able to deliver many reams of labyrinthine dialogue with aplomb (if not necessarily with the tightest lip-syncing). The deft balancing of tone is reflected in the technique as both camerawork and editing will change pace and fluidity in order to best reflect whatever's happening - bawdy scenes of comedy result in playful shots while dramatic moments demand respectful austerity. Even scenes that mix the two, such as the epic battle sequence that occurs roughly halfway through the film, don't lack for competence in any regard. Though its reputation threatened to make the resulting film underwhelming as a result, I still found a lot to like about a film that could have been dry or dull but instead ended up being a good encapsulation of what is so enjoyable about Shakespeare.