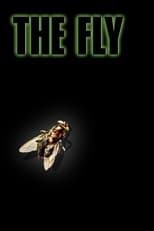 Release: Aug. 15th, 1986
Runtime: 1 hour, 36 minutes
When Seth Brundle makes a huge scientific and technological breakthrough in teleportation, he decides to test it on himself. Unbeknownst to him, a common housefly manages to get inside the device and the two become one.

TheUsualSuspect I knew Cronenberg was into body horror, but I guess I underestimated the amount of fun I would have watching Goldblum slowly transform into a grotesque creature, aka Brundlefly.
READ REVIEW

Joel I guess I'm not as goo goo over David Cronenberg as some others.
READ REVIEW